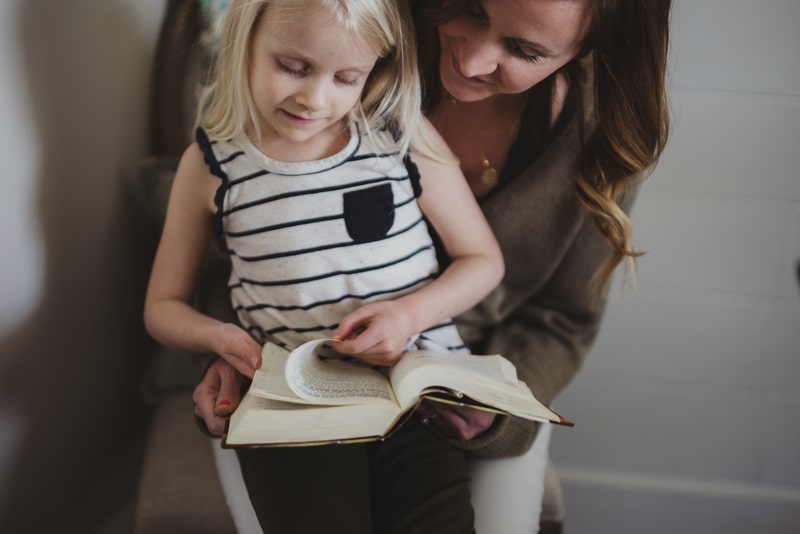 Some skeptics read parts of the Bible, and they have a problem with certain parts of it.

These certain parts usually have to do with God commanding the children of Israel to kill an entire nation including the women and the children.

“How can a loving God order the killing of innocent women and children?” They ask.

In this video, I give you my answer to the question of, “Did God commit atrocities in the Bible?”

If you’d like to read an article rather than watch a video, then jump to the section below.

Praise God even when you don't understand what He's doing. He always has your best interest at heart. Click to Tweet

Did God Commit Atrocities in the Bible?

In this article, we are taking a look at a fascinating question, and the question is, “Did God commit atrocities in the Bible by wiping out entire nations, including women and children?”

So if I had a dollar for every single time that somebody comes and tells me, “Hey, Pete, I can’t believe in your God because He commits a heinous genocide in the Bible!

“He exterminates, uh, you know, kids and innocent women in the Bible. What kind of a god would do that?” then I would probably have enough money to buy a Honda Civic 😃.

It’s a difficult thing to understand, but, in this article, I’m going to share with you my thoughts or my answer as to why that is that case.

Many apologists like to give these traditional answers, but, in this article, it’s going to be completely different.

I’m not going to give you the traditional answer.

I’m going to give my answer. Whether that’s good or bad, I don’t know; you be the judge 😊.

There are at least three passages in the Bible that I can think of in which people have a problem with.

One of them is with Noah when God instructs Noah to build the ark. 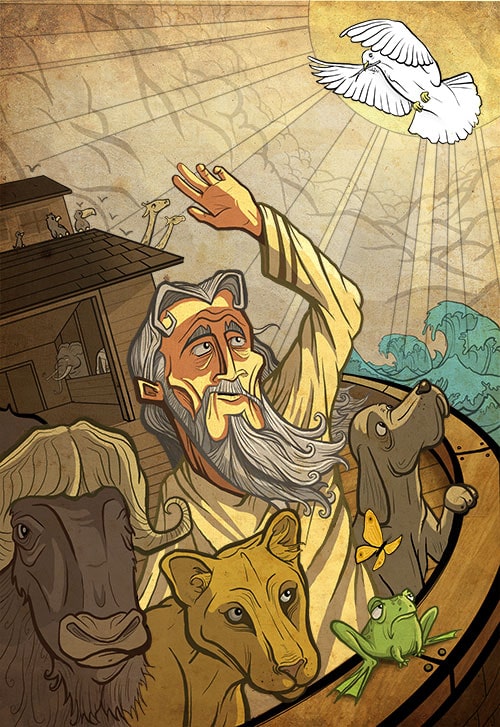 Some skeptics have a problem with Noah’s flood because they say that God committed genocide. But is that really what happened?

As a result, God only saves eight people; Noah, his wife, and his three sons and their wives, and then exterminates the whole earth by flooding it.

People have a problem with what happened here.

The second passage is in 1 Samuel chapter 15 in which God instructs Saul to entirely and utterly destroy the Amalekites, including the women and the children.

Finally, the third passage is in Deuteronomy, and here, God instructs the children of Israel to completely wipe out the nations that are in the land of Canaan.

But if you want to see videos or articles about why God commanded the complete destruction of the whole earth like in the case of Noah’s flood or the case of the Amalekites with Saul, then just let me know in the comments.

So let’s take a look at this passage of scripture from Deuteronomy chapter 20 verses 16-18, and this is what it says:

“Only in the cities of these peoples that the Lord your God is giving you as an inheritance, you shall not leave alive anything that breathes, but you shall utterly destroy them, the Hittite and the Amorite, the Canaanite and the Perizzite, the Hivite and the Jebusite, as the Lord your God has commanded you, so that they may not teach you to do according to all their detestable things which they have done for their gods so that you would sin against the Lord your God.”

An Explanation of Why God Instructs Extermination

In this passage, it tells you why God is allowing the destruction of the Canaanites.

It’s so that they would not influence the children of Israel in a bad way.

But, still, that reason is not a good enough reason for a lot of people who say things like, “Well, why didn’t the children of Israel just go to another piece of land that was empty or maybe, they could have just dwelled peacefully with these people?”

To answer this question, we have to take a look at two qualities about God, okay?

The first quality of God is that God is not willing that any would perish, but that all would come to repentance, and this comes from 2 Peter chapter 3, in which it says,

“The Lord is not slow about His promise, as some count slowness, but is patient toward you, not wishing for any to perish, but for all to come to repentance.”

The second quality that we want to take a look at God is from Isaiah chapter 46 verses 9 and 10, and this is what it says:

From this Bible passage, we see that God knows the future.

God has always known the future, always has, and always will.

It’s not like He even needs a crystal ball like we sometimes see in the movies because God has always known the future.

God knows where you’re going to eat in the next five minutes.

He knows what you’re going to drink.

God knows everything about you and everybody else.

He knows all of the events that ever happen in the universe, and He’s always known them throughout the entire time. 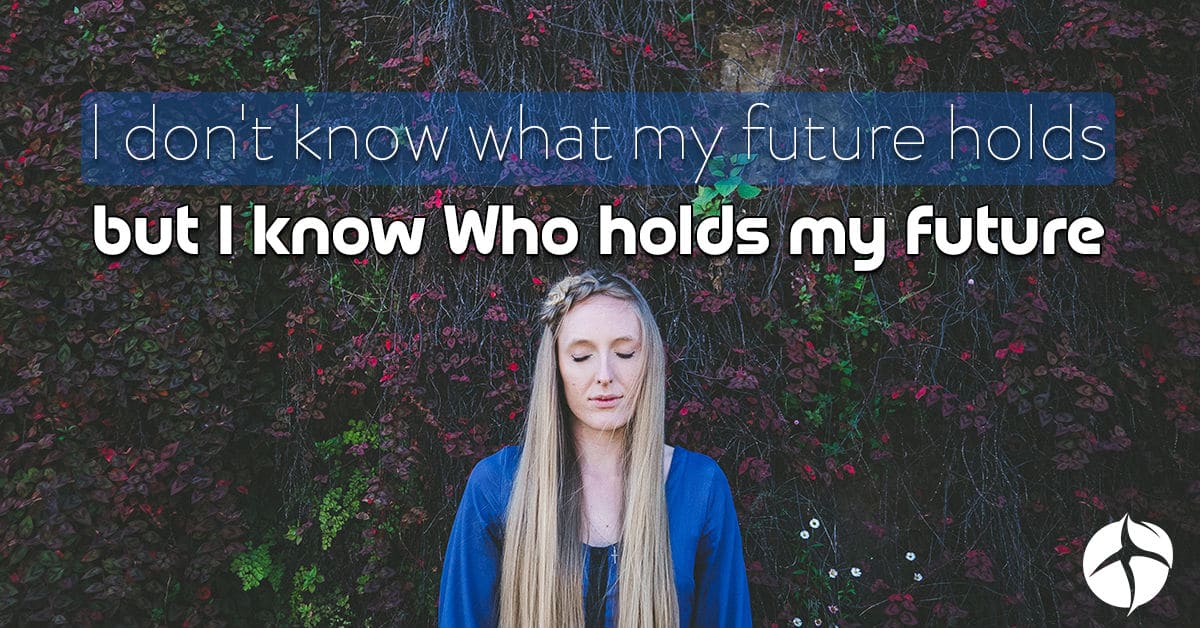 Now, Imagine That You Work in Animal Control

Okay, so now that we’ve taken a look at these two qualities, I want you to consider this scenario.

I want you to imagine that you are a person who works in Animal Control and you also have a daughter.

One day, you take a stroll in a little alley.

You’re walking in this alley with your daughter, and holding her hand.

She’s only three years old, and you guys are enjoying this beautiful walk.

All of a sudden, you hear this sound and it’s like, “Grrrr…”

You take a look, and right in front of you is a dog.

Now, it’s not just any kind of dog.

It looks like a very bad and evil dog.

Its eyes are bloodshot.

The dog is foaming at the mouth, and it looks like it’s about to attack you, okay?

Now, because you work in Animal Control, you know exactly what kind of dog this is.

This is a dog that has rabies!

If you know anything about rabies, then you know it’s a disease that can infect dogs and it has no cure. 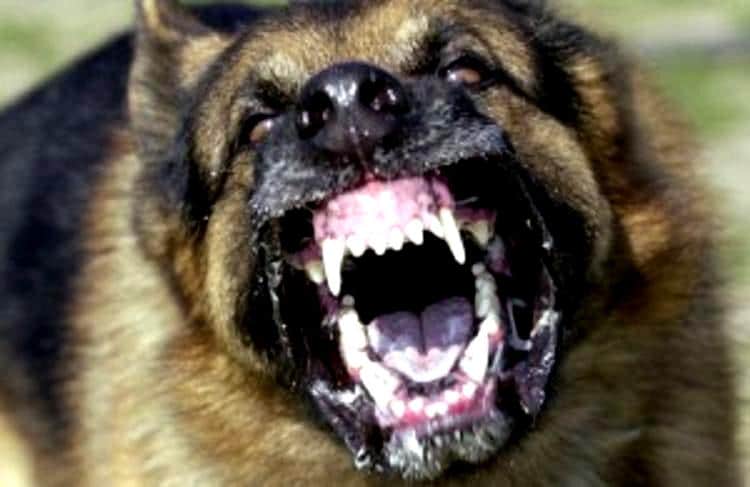 So you, because you’re an expert, you know that this is a dog with rabies.

Now, you have two options.

Option #1 is that you can run, you and your daughter.

But you pretty much know that chances are you’re not going to be able to outrun this dog.

It’s going to catch you, and your worst nightmare is going to happen.

That nightmare is that the dog is going to bite your daughter and he’s got rabies.

If the dog bites your daughter, then she will be infected with rabies too!

However, in this scenario, because you work in Animal Control, you also have a tranquilizer gun.

So option #2 is that you can take out your tranquilizer gun and put the dog “down to sleep,” and take its life away.

After all, there is no cure for rabies.

By you getting rid of the rabies-infected dog, then it can’t hurt your daughter, it can’t infect other dogs, and it can’t affect other people.

Which option would you choose?

You See, The Canaanites Had Spiritual Rabies

The reason why I give this hypothetical situation is that it’s a good analogy for what we’re dealing with here with the people who lived in the land of Canaan.

You see, these people were incredibly evil.

1) The Canaanites were sacrificing some of their children to a god called Molech.

Molech is this ancient god.

You can look him up on Wikipedia if you want, but, basically, he’s a fire god.

These people believed that, to attain favor from Molech, that they had to sacrifice one of their kids.

So they would take one of their children, and they would sacrifice them in the fire to an altar to this fake god.

But it doesn’t just stop there.

I mean, just even writing about this is so nasty.

3) Also, the Canaanites would have sex with prostitutes as a part of their idol worship.

So they believed in these fake gods and that they would go and have sex with these temple prostitutes as a part of their ritual and their idol worship.

4) Additionally, they would participate in bestiality.

I’m not going to even touch that one! 😲

So Why Did God Command the Killing of the Canaanites?

Remember, the two qualities that we looked at earlier

Quality #1 – God is not willing that any would perish, but that all would come to repentance.

So if there were any chance that these evil people would stop doing these evil, terrible, and wicked things with their kids, and all of the other horrific practices, then God would have saved them because:

God knows that the Canaanites have spiritual rabies and that they are going to continue to do these evil practices.

So then the best thing that He can do is to take them out.

And I’m going to tell you about why that’s so important in just a minute.

So the children of Israel ended up becoming God’s instrument of judgment to take out the Canaanites who wouldn’t repent of the evil things that they were doing.

Now Here is One of the Most Important Considerations

Now, here’s the kicker, and this is at least what I believe.

I think that the big thing that God was also doing is that He was actually saving children!

Yes, saving children! And here’s why.

Personally, I believe in the interpretation of the Bible that says that there’s something called the age of accountability.

The age of accountability states that babies and children who can’t understand truths like sin, repentance, and faith in Christ will not go to hell.

God holds children accountable for what they know and, because they don’t know or understand their evil impulses, then God has made a way for them to be able to go to heaven.

So when God took out the Canaanites, He was essentially moving all of the children from being here on earth and in a miserable state of living with these terrible, evil parents and taking them with Him to heaven.

So because of what God did, those children were able to go to heaven.

If God let those children grow up, then they would become evil just like their parents and would get infected with spiritual rabies.

So God was very merciful and gracious by having the Israelites take out the evil Canaanites while saving their children.

I Told You That Explanation Wasn’t a Traditional One

Like I told you at the beginning of this article, my explanation is not the traditional explanation that you’ll find online.

This is my own interpretation.

Just to recap, remember the qualities of God that we looked at in this article are:

That, that’s why I gave you the hypothetical rabies situation for you to consider because that’s precisely what the people in the Canaanite land had.

They had spiritual rabies, it was getting worse, and there was no cure in their future.

If there was even the slightest chance that the Canaanites would have repented of their evil ways, then you can be sure that God would have spared their lives.

What is your interpretation of God ordering the killing of the Canaanites in the Bible?