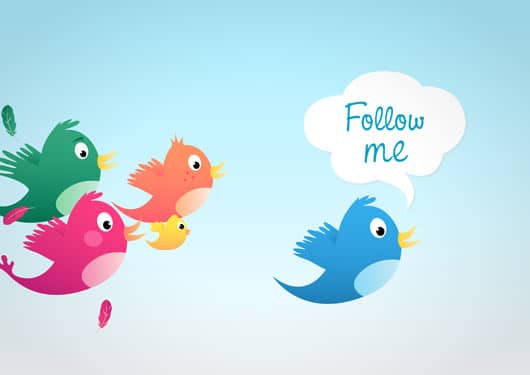 
A few moths ago I wrote a blog post telling people that I was going to release some articles on how to get thousand of Twitter followers just like I’ve been doing for a while now.

I wanted to share this information with Christians specifically because I believe that we have the best content on the web.

I mean after all, we have the gospel message, we have the Bible, and we should be promoting God’s truths on the internet like there’s no tomorrow.

After I wrote the blog post telling people that I was planning on creating the guide to getting more twitter followers, I was surprised to find out that the response was HUGE!

That blog post had 325 tweets and I got TONS of feedback from people asking me for the information as soon as possible.

That made me realize that so many of you wanted this guide badly because you had a problem that needed to be solved.  You want people to click on your links, drive traffic back to your blog, and sell products that you are promoting.

After I saw the response, I decided that I wanted to create something EPIC!

I wanted to create the ultimate guide to Twitter that was going to help Christians get thousands of Twitter followers every month.

I went into the trenches for 4 months and now I’m super-stoked to share with you that the guide is just 30 days away from its final release.

At first, I wanted to make sure that the information was going to be easy to digest and that it’ll bring you the same success that I’ve experienced. So I shared it with a few blogger friends of mine and I asked them to track their results for 30 days and then to report them back to me.

The results were better than I thought :-).

Along the way, they had some questions and suggestions and so I updated the guide appropriately.

That was the first round of testing.

The second round of testing began last week.

Once I hear back from those that have received access to the guide, I’ll make any necessary adjustments and I’ll make the guide accessible to you.

In the mean time, I’m going to begin blogging on all the most desired topics on Twitter.  I’m going to share with you how I went from getting zero clicks on my links, zero re-tweets, and zero favorites to this (credit >> God):

So what should you do?

You’ll want to stay connected with the community here at Not Ashamed of the Gospel.  I’ve made it easy for you to get access to the content here so you can get access to the blog posts by email, RSS, Facebook, Twitter.

Choose whichever ways are most convenient for you.

Once you’re done then…

Come back here and tell me what’s your biggest pain point.   What problem(s) do you have that you’d like to have the solution to?

If you’re facing an issue, it’s highly likely that there are other’s in the online community here that are experiencing the same problem.  If you’re bold enough to be able to voice that issue, you’ll be doing yourself and others a huge favor. It can be about anything.

So go ahead, what’s the biggest challenge that you’re facing online or offline today?