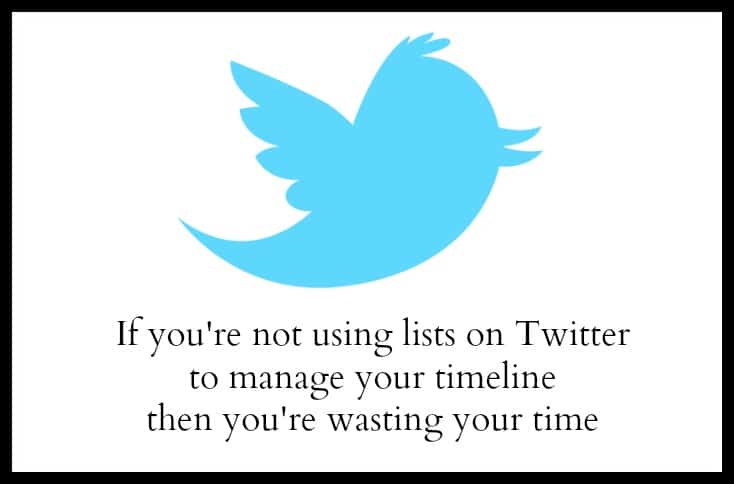 If you’ve followed the advice in the free guide to getting thousands of Twitter followers, then you’ll find yourself following hundreds and maybe even thousands of people.

The reason for that is because you’re advised to start following your ideal customer, follower, or audience.

One question that I get asked often is, “How do I keep up with all of the tweets in my timeline?  There are too many tweets from different people and I can’t use Twitter like I used to when I was only following a few people?”

Not only are there a lot more tweets in your timeline, but you may find that some of the users that you started following don’t have that great of tweets.

Should you unfollow them?

I’d recommend that you continue following them if they have followed you back and that you instead create Twitter lists of people’s tweets that you want to read.

Think of when you go to your favorite restaurant and picture their menu.

If they have 30 different menu items, very rarely will a restaurant just list all of its items in random order.

Grouping items together helps you read through the menu items and makes it easier for you to make a choice.

Then when you are in the mood for some news, you don’t have to go to your timeline, you go to Twitter list about news.

Using your Twitter timeline to read the tweets of your followers can be a huge time-waster.

There’s a better way to use Twitter and it’s by creating lists to help you group similar tweets together.

Your time is valuable so be sure to use it wisely.