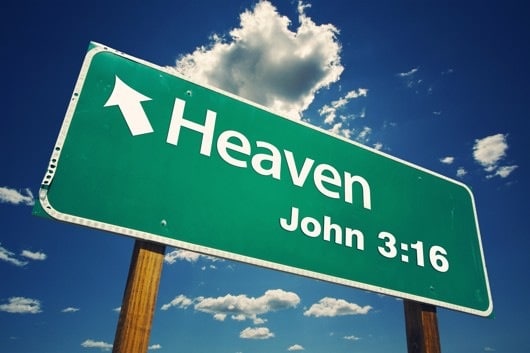 I’m on vacation this week so I’m honored to bring you a great guest post by Kristen Collier.

Kristen Collier is an author, writer for TV, and owns Tangerine Sky Productions, Ltd. a video production company with her husband.  She and Kevin are blessed to supply children’s and music videos to what will be the world’s largest aggregate of Christian media at Truli Media.

Kristen also has a blog which focuses on Jesus and His return.  You can check out her blog  and you can follow her on Twitter.

I’ve been in marketing for years but I just recently got a job doing social media marketing. As a result, I’ve been doing some research on how to get the best results.

Twitter has been a fab help, and so I applied everything I’ve learned to my own TV projects. That was the major inspiration behind my personal Twitter account and my blog.

My personal goal and calling in life is to continually point people to Jesus and His imminent return. So when I joined Twitter and created my blog, I used a Jesus cartoon illustration my husband created for our children’s TV show as my profile picture and blog background.

So, the design of my blog and Twitter profile set the stage and was a visual that showed people the focus—Jesus!.

I started to tweet and follow people on Twitter. I made sure to follow those who were themselves followers of Jesus. I did this to set the tone for my Twitter profile and because I knew that people often checked who you were following to see who they themselves should follow.

There was one very interesting thing that jumped out at me however, as I began to watch the Twitter feed descend on my screen. The people that posted Scripture routinely, their posts seemed to jump right off the screen.  That got me to think:

Could Twitter be a digital form of the “Sword of the Spirit?”

Well…sure. As the Scriptures say, “So then faith comes by hearing, and hearing by the Word of God” (Romans 10:17).  The Word in ANY format is so powerful— whether it be visual, in song, via video, in a poem, in a hymn…or even in a tweet!

Hebrews 4:12 says, “The Word of God is living and powerful, and sharper than any two-edged sword, piercing even to the division of soul and spirit, and of joints and marrow….”

Since the rest of that verse says that the Word “…is a discerner of the thoughts and intents of the heart,” then I think my impression of my all-Christian Twitter feed can attest to the fact that Twitter can be used as a digital “Sword of the Spirit”.

HIS Word jumps off the page when intermingled with the other well-intentioned Christians who are, of course, doing wonderful things via Twitter, who are stating God’s truths in their own words.

But the fact of the matter is that man’s words pale in comparison to God’s. They hold no weight. His do.

So, my number one biggest tip for those who want to evangelize on Twitter—make sure that you tweet a Bible verse, or fragment of a verse in reply to someone’s tweet, at least every third tweet.

That way, when someone is checking you out, when they click on your name and it shows your top three tweets, they might not end up following you or click on you again, but they will see Scripture!

And it’s the Holy Spirit’s job to take it from there. “The Word of God is living and powerful….”

“So shall My Word be that goes forth from My mouth;

It shall not return to Me void,

But it shall accomplish what I please,

What tips do you have for evangelizing on Twitter? Do you agree that Christians should tweet Bible verses? Share with the community what you have learned about sharing your faith online.