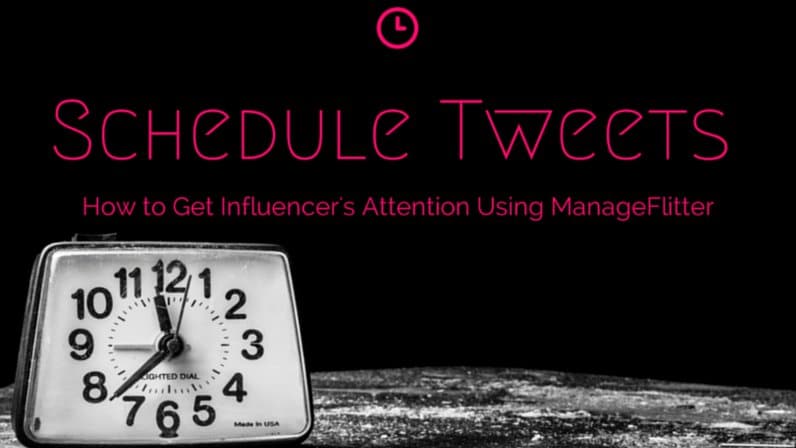 One of the most popular features that people look for when using Twitter is how to schedule tweets.

The reason for this is because Twitter can take up a lot of your time if you don’t schedule tweets in advance.

What most people struggle with is that they visit Twitter multiple times a day, and they end up wasting valuable time checking social media, instead of doing something important.

While I’ve written about scheduling tweets before by writing about Buffer and HootSuite, this post is different.

Most people who follow this blog are Christians, and many of them are involved in some kind of ministry. They usually have a product, service, or music album that they want to promote on Twitter.

The problem is that when you try to promote your product, service, or music album, you find out that it’s not getting much traction.

You find that your Twitter followers aren’t clicking on the links in your tweets, and they’re not retweeting you either.

So then you become frustrated because you’re not able to get the word out there about your promotion.

That’s why in this blog post, I’m going to show you a little known way that you can use to get better results.

So this post is about scheduling your tweets so that you can get them in front of influencers.

Who Are Influencers and Why It’s Hard to Reach Them

Influencers are people on Twitter who specialize in a certain topic, and they have a large following.

You can find influencers in any industry, topic, or niche.

Here are four reasons why it’s so hard to reach influencers:

1.  It can take a lot of time to do the research to find out who the right influencers are in your industry or niche.

2.  It can take you even more time to write personal tweets to influencers so that they can know about your promotion.

3.  Most influencers are asked every day to promote other people’s tweets, so the chances of them doing what you want is slim.

4.  The influencer that you’re trying to reach doesn’t know you, so he/she has little motivation to promote your tweet.

Even though it’s hard to reach influencers because of these obstacles, I’m going to show you a strategy that’ll help you overcome all of them.

In order to do this successfully, you’re going to need to use the best Twitter management and research tool out there. That tool is ManageFlitter.

So let’s say for example that you’re a worship leader, and you’ve just released a new Christian album.

You want to promote your new album, and to get people to buy it from iTunes, and the Google Play store.

These are the steps that you’d need to follow in order to successfully promote your Christian album, and to get your music in front of influencers.

While you’re reading this, just substitute your own product or service instead of the worship album example that I’m using. 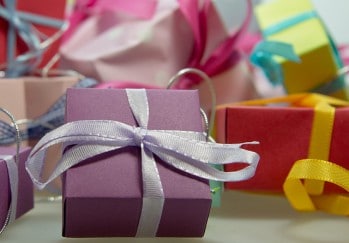 Giving something away for free is a great way to get the attention of influencers.

Influencers are busy people and they’re constantly bombarded by people who want to get their attention.

This usually makes the influencer feel like all that people want from them is to use them for their influence.

So since influencers are always being asked to share other people’s stuff, you have to stand out from the crowd.

You do this by being a giver instead of a taker.

The last thing that you want to do is to send an influencer a tweet asking them to share a link to your new music album.

Instead, take one of the songs that’s on your album that’s a music file, and upload it somewhere where the influencer can download it for free.

I would highly recommend Dropbox, since it’s free, and it’s an awesome service to use.

Once you’ve uploaded your music file to Dropbox, go to step two.

ManageFlitter (my affiliate link) is the most powerful Twitter management tool that I have ever used.

They have so many great features, that I’ve been their customer for almost three years, and I use their service almost everyday.

They have a free version of their service and if you need more features, then you can upgrade your account.

Do a search for people who have the words, “worship leader” in their Twitter bio.

This is just an example of the type of search that you can do, but there are many other ways to find influencers in your niche.

Feel free to experiment with the followers of certain people on Twitter, or to do a Twitter topic search.

3. Choose Which Influencers to Engage With

ManageFlitter will give you the results of your search ordered by the number of followers in descending order. 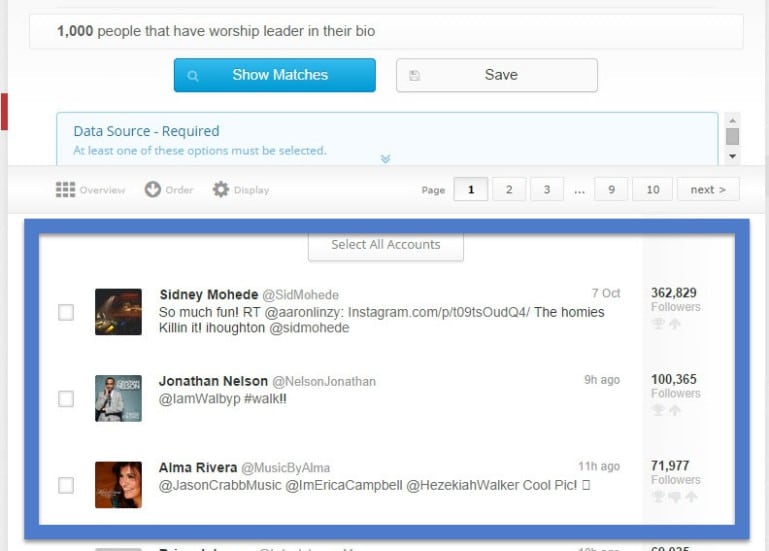 If you want to get more information about a Twitter user, then all you have to do is hover your mouse over their account.

**Secret Trick: Most people don’t know that there’s a batch select feature in ManageFlitter which can save you a ton of time.

Instead of clicking on each user, you can batch select a bunch of Twitter accounts by doing the following. Click on the Overview tab, hold down your left mouse button, and drag and select the number of people that you want to follow.

(Sorry about the small Gif image below, I wasn’t able to make it bigger)

Select the influencers that you want to engage with, and then click on the Bulk Engage With xx Slected like in the image below.

The largest number of people that you can bulk engage with at a time is 60.  So if you select more than 60 accounts like I did in the image, then ManageFlitter will tell you that you have to choose less people.

Next, you’ll be taken to ManageFlitter’s bulk engage screen.

This is where you’ll see ManageFlitter saving you a ton of time because of this unique feature that they offer.

The handy thing that ManageFlitter enables you to do is to create either a tweet, or variations of a tweet, and to personally send it to your list of influencers one at a time.

The end result is that the influencer feels like you have reached out to them on a personal level. 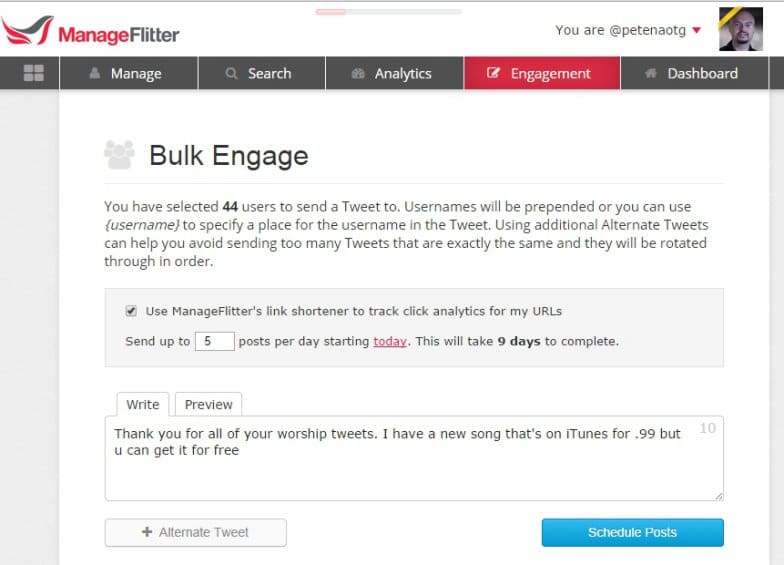 So in our example, I’m going to create the following tweet.

I’m one of your followers & I enjoy your tweets. I have a new song that’s on iTunes for .99 but I’d like to give it to you for free (insert link)

So this tweet has a higher probability of getting an influencer’s attention for a couple of reasons:

1.  You’re telling the influencer that you’re one of their followers, and that you enjoy their tweets.

That’s always a great place to start, by telling them how you know them.

2.  You’re telling the influencer that your song usually costs money, but you’re giving it to them for free.

That puts you in the position of being a giver instead of a taker.

Now you can create alternate tweets within ManageFlitter to send out to your list of influencers.

Try typing different text so you can experiment with variations of your tweet.

Try to see if there’s a certain type of tweet that gets you more responses from influencers more than others. Then you can use the tweet that got you the most responses in your future outreaches.

Reaching out to influencers is a numbers game, so the more influencers that you reach out to, the more that some will respond.

7. Leave the Rest to ManageFlitter

Once you’re done, go ahead and click on Schedule Posts.

ManageFlitter will send out five of your bulk engagement tweets in a day to your list of influencers.

ManageFlitter will also tell you how many days it will take to complete.

Additionally, ManageFlitter will also track the analytics of the URL that you include in your tweet so you can know how many influencers clicked on your link.

How This Can Help You

Just promoting your tweets to your followers is not going to get you the results that you’re looking for.

The best way is to reach out to influencers, and to get their help in promoting your product or service.

It will get you the results that you want in a much shorter time.