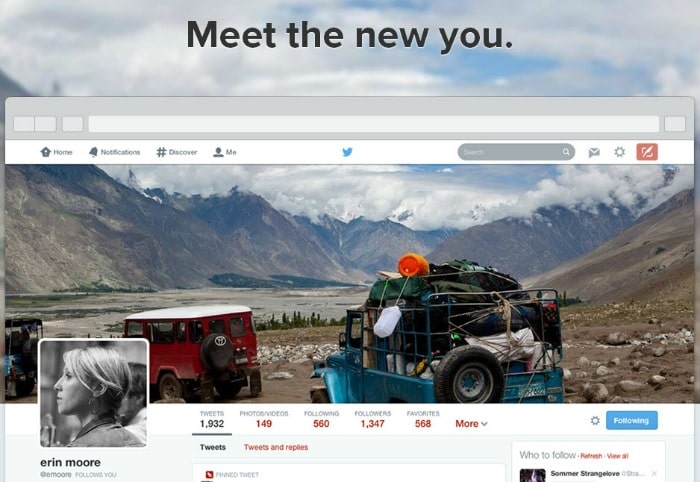 A few weeks ago, Twitter introduced its new look for profiles.

I switched my Twitter profile to the new design and boy am I glad I did.

I’ll also be updating the free guide to getting thousands of Twitter followers with the information that you’ll be seeing in this blog post.

Plus, I’ll be adding some information to the guide about how you can take advantage of the new design for your business, blog, or ministry.

That’s a part of my promise to you, that I would always keep the free Twitter guide up to date with any changes to Twitter.

So if you haven’t gotten access to the free guide, you can do so by signing up over here.

1)  You get a massive header image to make a BIG first impression.

The new header image size is 1500 x 500 pixels which will allow you to show a big image to those users who are viewing your profile from a desktop computer or a TV monitor.

Here’s what mine looks like from a computer desktop screen.

In the Twitter guide I’ll be explaining which type of header image you should be using if you are a blog, business, or ministry.

2)  You get to pin a tweet at the top of your profile to show others what you’re all about.

One of the neat things about the new Twitter profile is the pinned tweet that you get to have at the top.

Since I’m the blogger behind the Not Ashamed of the Gospel Blog, it only made sense to have this as my pinned tweet: 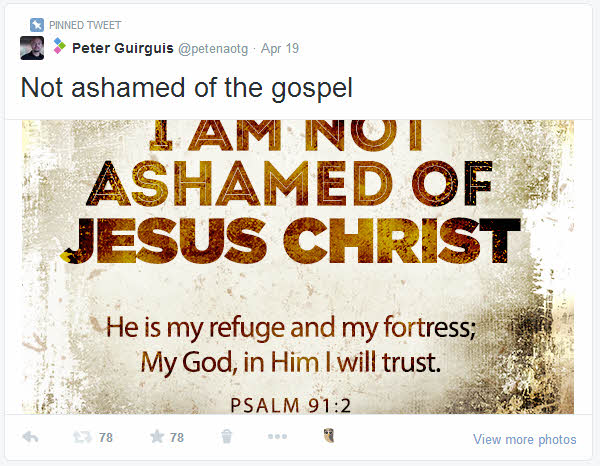 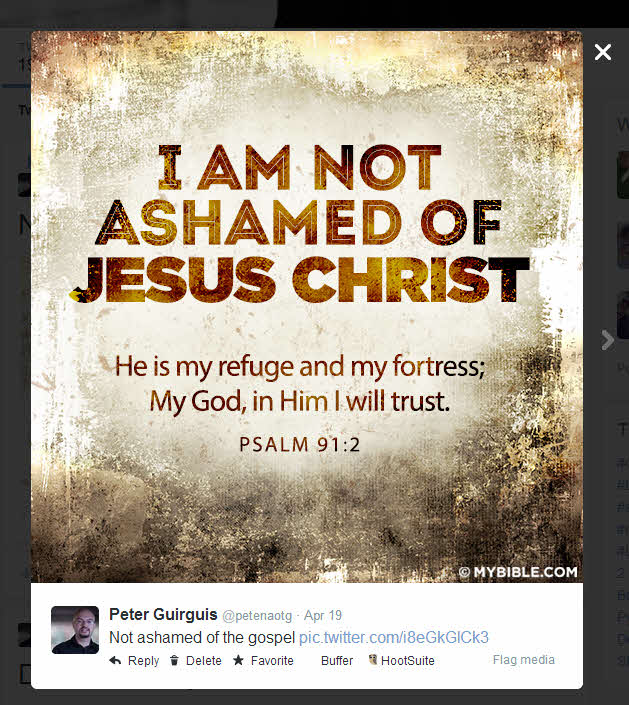 Whenever someone visits your Twitter profile using the old profile design, they would see a list of your tweets as well as your replies.

Your replies are those tweets that start with the “@” and they are a conversation between you and another user.

They don’t show up in other people’s Twitter timeline unless the person is following both you and the person that you mention in you @reply.

The old Twitter profiles made it difficult for someone to see what you tweet about because they would see both your tweets and your public conversations with others (@replies).

It’s kind of annoying because many times you see people in the middle of their conversations with others and you have no clue what they are talking about.

But that’s not the case anymore with the new Twitter profile.

Having your tweets and your tweets & replies in separate tabs is a very handy feature for others to quickly be able to see what you tweet about.

4)  Your tweets with the most retweets and favorites will appear larger than others.

If you have a tweet that gets more retweets and favorites than your other tweets, then that tweet will stand out from the rest. 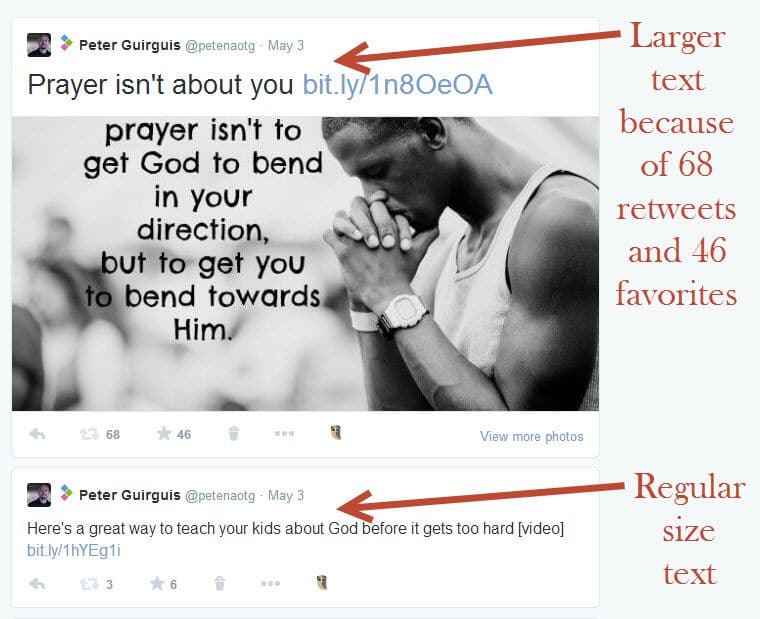 5)  You’ll get a separate tab for your favorite tweets.

People will now be able to see the tweets that you’ve favorited in the past because they’ll be in a separate tab.

If you’re strategic about how you use favorite tweets, you could favorite tweets that show off something great about your blog, business, or ministry.

I didn’t used to favorite any tweets but I’m planning on using this feature more often in the future.

That’s why you’ll only see one tweet that I have favorited from my very awesome friend, Greg Holt. 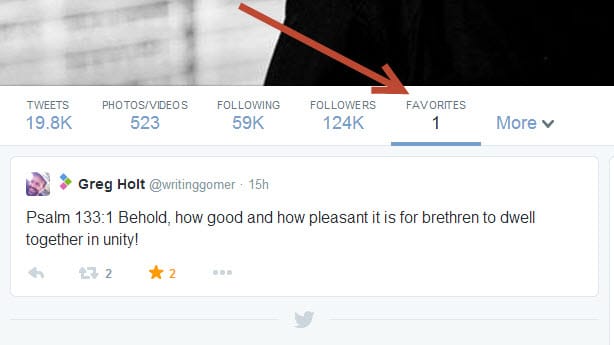 6) Get a separate tab for photos and videos.

Twitter wants to highlight photos and videos because we all find those tweets to be more interesting and engaging.

With the new Twitter profile, you’ll get a separate tab that has all of your photos and videos separately.

So people who are considering following you will very likely click on your photos and videos tab.

7)  See your followers in a beautiful Pinterest-style view.

The new design of how you see your followers is much prettier and easier on the eyes compare to before.

By the way, you may have noticed an icon that looks like this

in all of my screen shots above.

That’s because I’m using a Chrome extension called Riffle that gives me Twitter insights on any Twitter user.

It’s very handy and I highly recommend it.

It’s only available for Chrome at the moment and you can get it for free by clicking here.

The new Twitter profile gives you a lot of great benefits that if used correctly, should increase the number of followers that you get.

I’ll be writing more about this in the Twitter guide too so be on the lookout for that update.

If you are on the email list, then I’ll be sure to send you an email once I’ve put the finishing touches on the update.

In the mean time, go and have fun setting up your new Twitter profile design.