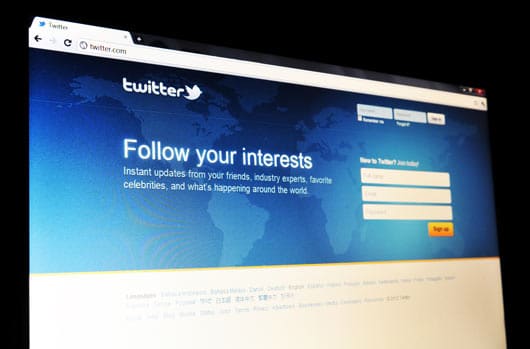 Twitter is not an easy social network to understand, especially when you’re just starting out. The problem is that there are many things that you can do on Twitter and it causes a lot of people to feel overwhelmed at first.

Also, many people don’t really understand what Twitter is all about and how it’s meant to be used.

I still get people who ask me, “What’s the point of Twitter? Why would I want to use it when I’m already on Facebook?”

I always tell them, “Ahhh, you have no idea what you’re missing.  Twitter is AMAZING!!!”

Whether you’re just starting out with Twitter, have a question, or think you may be missing something, this blog post will help you get a firm foundation on how Twitter works.

When you’re done, you’ll probably want to check out this blog post on how to avoid making these 17 mistakes on Twitter.

The only difference from Facebook is that tweets are limited to 140 characters and they can be seen by all those that are following you or by those who visit your Twitter profile.

Some people have criticized Twitter for limiting status updates to just 140 characters.  But for those who use Twitter regularly, they often cite this as being one of their favorite features.

Tweets are short and to the point.  They force people to be creative with their tweets and to think first about what they want to share.

But if you REALLY need more than 140 characters and don’t want to send out multiple tweets, you can always use a free service like TwitLonger.

Ultimately, you can think of Twitter as one gigantic universe with millions of people having both public and private conversations. 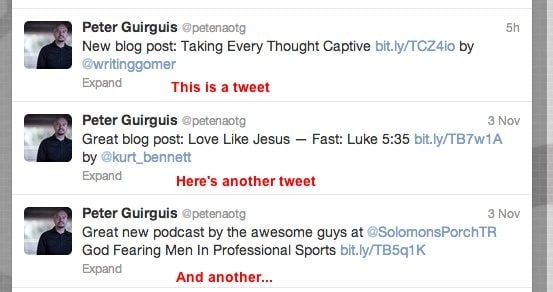 What does it mean when I follow or unfollow someone?

When you follow someone on Twitter, it enables you to be able to see that person’s Tweets in your timeline (explained in next section).  The other person will not be able to see your Tweets unless they follow you too or unless they visit your Twitter profile. 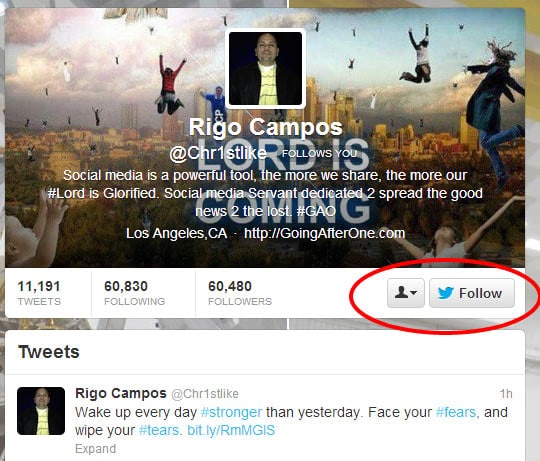 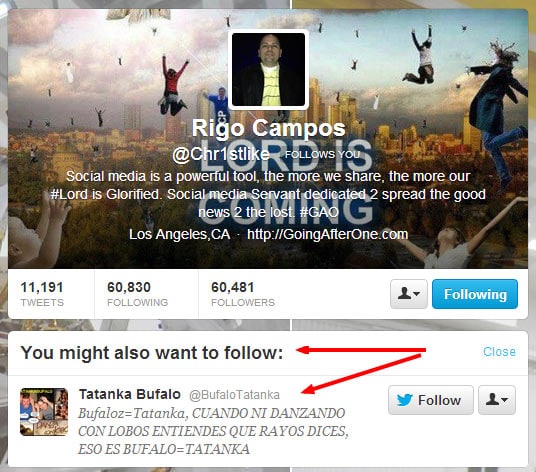 What is my timeline?

Your timeline is a list of all the tweets that are tweeted by the people that you are following. They’re organized in chronological order with the most recent tweet first.

For example, if you were following me on Twitter you’d be able to see my Tweets in your timeline, and if I was following you, I’d be able to also see your tweets.

Direct messages and how they work

When two people are following each other, they can send each other direct messages which are private and can’t be seen by others.

For example, let’s say I wanted to ask you for prayer on something that’s private and I didn’t want to let everyone know the content of that tweet.  I can just direct message you and everything will be between just you and me.

The only rule is that both of us have to be following each other so that we can direct message each other.

This helps to reduce spam.  Direct messages are also limited to 140 characters. 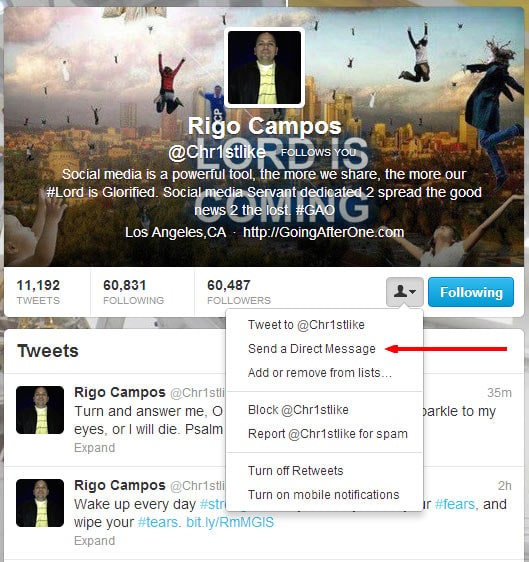 Mentions and how they work

Mentions are public tweets that include the names of 1 or more Twitter profiles. 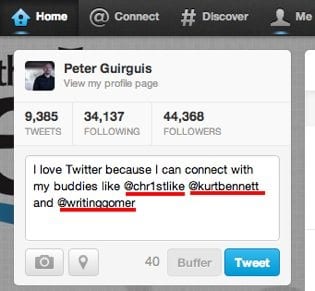 In this example, the words underlined in red refer to acutal people on Twitter.

They refer to my friends, Rigo Campos, Kurt Bennett, and Greg Holt.

The reason that you’d want to use a mention instead of a direct message is if you want for all of your followers to see the tweet and you don’t mind if they join the conversation.

Ways to interact with a tweet:  Re-tweet, Reply, Favorite

As you are viewing other people’s tweets, there are a few different ways that you can interact with them.

You can re-tweet, reply, or favorite another person’s tweet

Re-tweet – This is taking someone else’s tweet that you like and sharing it with your followers.  That person’s tweet will show up in your timeline for all of your followers to see like you see in the screenshot below.

You followers will also be able to see the tweet that you just re-tweeted in their timeline. 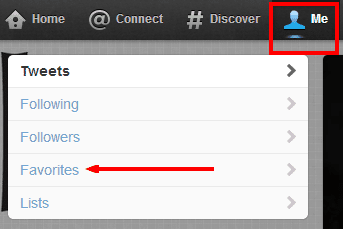 You can view your favorite list by first clicking on the Me link in the top navigation and then clicking on Favorites.

What is a hashtag?

A hashtag is a way of organizing all the tweets on Twitter by using a keyword.  It starts with the hash symbol # and is followed by one of more words without any spaces.

Here is an example:

There are thousands of hastags that are being used everyday.  Some of the most popular ones among the Christian community are ones like #TeamJesus, #missions, and #YouthMinistry. 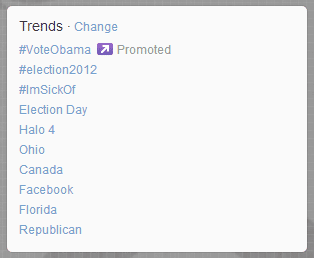 Trends are Twitter’s way of showing what’s popular on Twitter.

It’s a list of hashtags and keywords of what a lot of people are talking about on Twitter.

At the time of writing this post, its election day in the US and so that’s at the top of the list of what’s trending.

Also, you can pay to have a certain hashtag promoted to be seen by a target audience like in the case of the hashtag #VoteObama in the screenshot above.

What are protected tweets?

When you set up your Twitter profile, you can choose to protect your tweets.  That means that you’ll need to grant permission for other people see your tweets every time someone follows you.

I don’t recommend that you protect your Tweets.

Twitter is about having public conversations and meeting new people.  Protecting your tweets severely hinders that and I’ll never recommend doing that on this blog.

I don’t want to overwhelm you with a lot of information but this should give you a firm foundation on how to use Twitter.

As you use Twitter regularly, you’ll see what a friendly community it is and what a handy tool it can be.

If you have any questions, drop me a comment and I’ll reply back ASAP.

Also, be sure to check out this blog post to make sure that you aren’t making these popular Twitter mistakes.