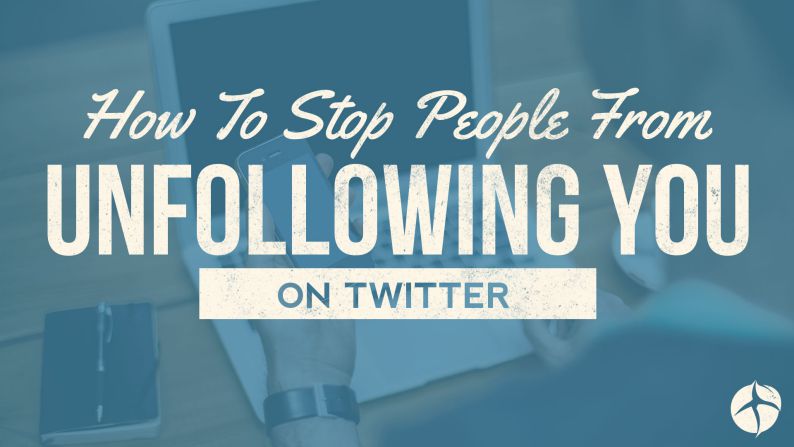 There’s a useful infographic at the end of this blog post about the top reasons why people unfollow you on Twitter.

The other day, I was checking the stats on how many people unfollowed me on Twitter on a particular day. I was shocked at what I found.

Of all the people that I followed on a certain day, 42% of them unfollowed me at a later time.

Why was this number so high?

I was determined to find an answer.

Do you know how many people are unfollowing you on Twitter?

If you’re not measuring how many people are unfollowing you, then you may not be aware of the mistakes that are causing people to unfollow you.

I was able to find out why people were unfollowing me, and I’ve made the necessary corrections recently.

Also, you’ll find a handy infographic at the end of this blog post that will show you the top 15 reasons why people unfollow accounts on Twitter.

The whole point of this blog post is to help you get more Twitter followers, and to help you keep them.

First, How Can you Know How Many Unfollowers You Have?

If you want to find out how many people are unfollowing you every day, then you can use one of several free apps.

My personal favorite is JustUnfollow. They have a great web interface, apps for Apple and Android, and you can get a daily email with the number of people who followed and unfollowed you.

One option in JustUnfollow that I could never understand is the option to tweet out the number of people that unfollowed you everyday.  That option is under the settings menu in your account.

I definitely don’t recommend turning this setting on, because it makes you look bad in front of your Twitter followers.

Here’s a link so that you can sign up for JustUnfollow. It’s free.

If for some reason you’re not a fan of JustUnfollow, then check out its free alternative called Unfollowers.com.

10 Tips to Stop People From Unfollowing You on Twitter

The number one reason that was cited in a recent survey as to why people unfollowed others on Twitter was because they tweeted too much.

People find it annoying when they read their Twitter timeline, or their Twitter lists, and they see that a lot of your tweets are taking up space.

Most people want to see a variety of tweets from the people that they’re following.

And if your tweets are of no value to your followers, then that’s one of the cardinal sins of Twitter.

The next tip can help you with solving this problem of tweeting too much.

Part of the problem of tweeting too much is that you probably tweet whenever you visit Twitter on the web, or on your phone.

However, the remedy to tweeting too much could be something as simple as spacing your tweets apart.

For example, on Mondays, I tweet six times, between the hours of 6 AM and 6 PM. I schedule my tweets to go out once every two hours.

My scheduling app of choice is the Buffer app.  If you’re looking for an alternative to Buffer, then you can check out Hootsuite.

Scheduling your tweets in advance and spacing them apart will encourage your followers to continue following you.

What’s a me tweeter?

It’s someone that has a lot of their tweets be about themselves, their business, or their ministry.

People will get tired of reading your tweets if they’re all about you. You need to mix it up so that you tweet about God, and retweet other people’s stuff too.

If you want to do amazing social media for Jesus, then check out my article from last week.

Oh my goodness, Twitter can sometimes be so filled with spam!

What’s spam? It’s those tweets with sleazy links that try to get you to sign up for a product or a service.

Many times, they are links to affiliate products. That means that the owner of the links will get paid a commission if you sign up using their link.

Nobody likes to be spammed. Instead, if you have something that you’d like to promote, then write a blog post about it first. Write about the benefits of the product or service.

Also, build relationships with people first before you ask them to buy something from you.

You can also get the attention of influencers the right way to help get the word out about your product, service, or event.

Sometimes people find your tweets boring. The problem is that if you’re guilty of this, then you probably aren’t aware that people think your tweets are boring.

If your followers think that your tweets are boring, then you’ll get unfollowed.

That’s why in my guide to getting hundreds of Twitter followers, I show you how to have a Twitter strategy that will attract your ideal audience.

6. When Tweeting the Same Link, Use Variety

If you don’t know by now, it’s okay to share the same link multiple times on Twitter. The reason for this is because tweets are arranged in chronological order.

That means that if you send out a tweet at 9 AM on Tuesday, the people who get on Twitter at 3 PM will probably not have seen your tweet.

So you can schedule a tweet to go out again at 3 PM. The only thing that I suggest is that you change the text of the tweet, and replace the image, if you included one.

This will help your followers to feel like they aren’t seeing the same tweets over and over again.

So what’s the perfect number of times that you can reshare the same link in a tweet in a given week?

This article from Coschedule is very helpful.  It talks about creating a social media editorial calendar in which you can reshare your social media updates. 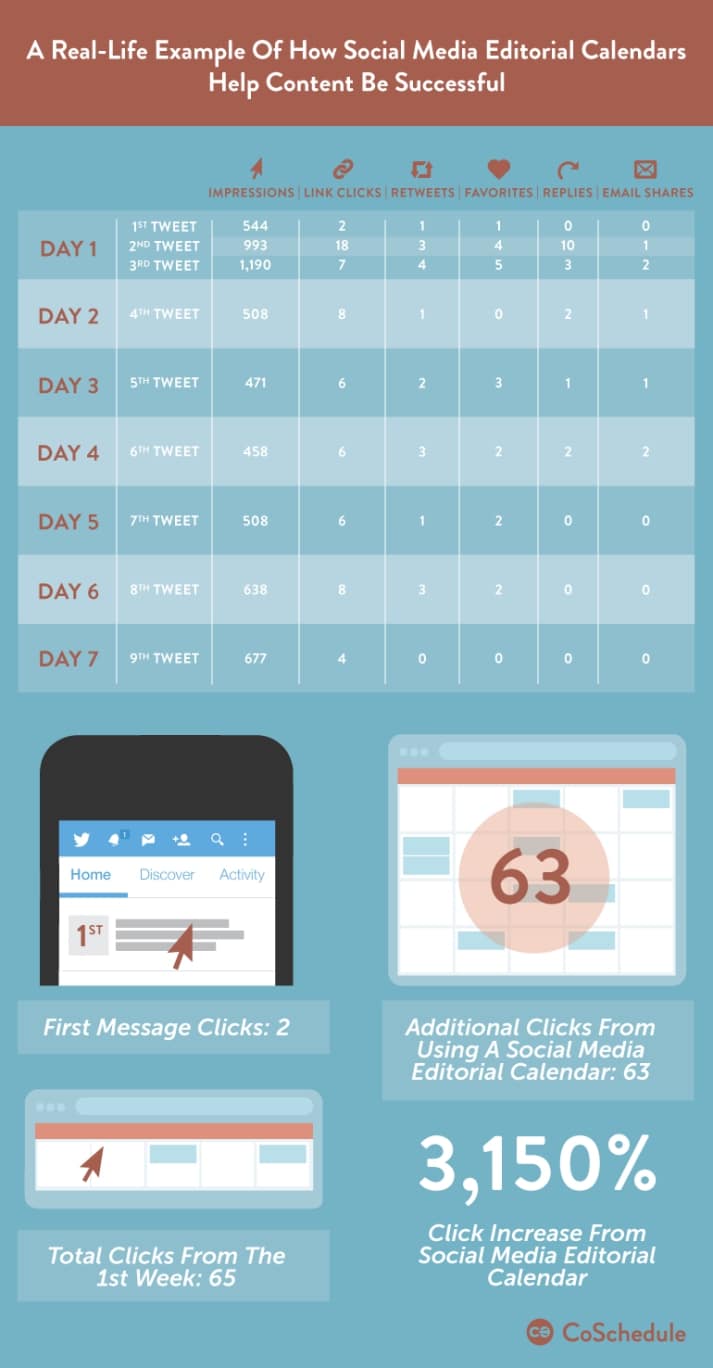 Add a bit of a personal touch to your tweets every once in a while so that you can avoid sounding like a robot.

One more thing that will help you to not sound robotic is if you engage in your conversations.

Did somebody mention you in a tweet? Reply to them and engage in a conversation.

Did somebody send you an @reply? It’s polite to reply back.

9. Never Cuss or Be Too Offensive

Never use foul language in any of your social media updates. It’s unprofessional, and they will have a negative impact on you.

Also, don’t forget that many employers check out the social media profiles of their employees.

For example, I wrote a blog post about abortion a few weeks ago, and I know it was offensive to some because of the stance that I take.

Nevertheless, I chose to take a stand, and to share my view anyways because it’s an important topic that I think needs to be addressed.

However, when I tweeted about it, I was always very respectful, and as gracious as I can be with those who have different points of view.

Additionally, if you share the gospel, then it will offend some people. But you should share it anyways because it has the power to change lives.

After all, it was the gospel that turned me back from an atheist to a Christian.

Every once in a while, I get someone who tells me, “Please share and retweet my new album, it’s top diggity, bomb, awesome, and amazing!”

Now mind you, I don’t even know this person. They just want to use me because of my followers so that they can get the word out there about their new album.

This is a big no-no.

Additionally, asking people repeatedly for a shout out, or some other kind of self-promotion can be obnoxious if it’s done the wrong way.

There is a right way of asking and I wrote about it in this article here.

If you want to start being a blessing on Twitter, then you have to start balancing your tweets.

Take a good look at your tweets. Are people retweeting them? Are people clicking on your links?

The number of people that are retweeting your stuff and clicking on the links is going to be proportional to the number of followers that you have.

So if you don’t have that many, you can always use the strategy that I use to get more followers.

Take a look at how many people are unfollowing you, and if that number is high, then go ahead and make the necessary adjustments.

Why People Unfollow You Infographic

Here is the infographic I was telling you about that shows the top 15 reasons why people Unfollow you on Twitter. It’s courtesy of the Marketing Tech Blog.