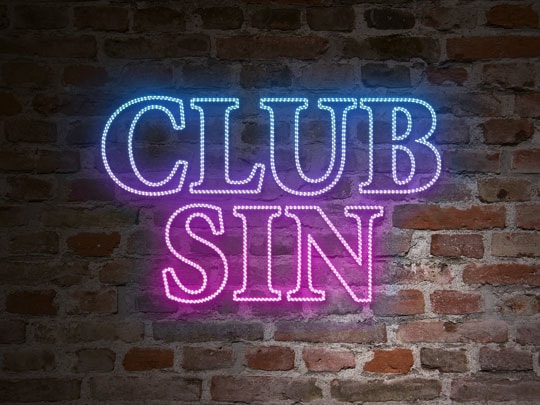 I never thought I’d see the day when I’d write a blog post about strip clubs and the church.  I never even thought that my wife and I would have a conversation about a strip club, but we did just this past weekend.

Don’t worry, it wasn’t the kind of conversation that goes, “Oh my gosh Peter, I can’t believe you went there!!” :-).

No, let me explain.

Our Story: Our Church is Sandwiched Between 2 Strip Clubs

Our church, Calvary Chapel South Bay, is located in Gardena, California.  Less than 1 mile away from the church is the Spearmint Rhino strip club, which has been in business for a number of years.

It seems like the strip club was a welcome addition to the city because not many people opposed its opening.  You see, strip clubs are quite profitable not only for the club owner, but for the city too.

From the money spent on over-priced drinks to the dollar bills spent on the services that are offered, these types of clubs make a TON of money and offer a nice pile of cash back to the city in terms of taxes.

We’ve prayed for years that God would close that place down and that people would have their lives changed by coming to know Christ.  While I’m sure that some people have gotten saved who used to go to the Spearmint Rhino, that club is still open today and is thriving :-(.

One Strip Club Closes Down

However, our church did experience some success in closing down a different strip club.

In the 1990’s, there was another club about 3 miles away from the church called the Pussycat Theater.  One of the pastor’s at the time led a group of men and women to stand in front of the theater on weekends to pray, preach the gospel, and to sing praise songs.

After 1 year of doing this and by the grace of God, the Pusscat Theater served its last drink and closed down for business.

This just goes to show that faith in action really does work when it’s God’s will.  Tweet (tweet this if you believe it)

I wish I could have said that that was the last strip club open in our city.

In January of this year, we learned that a new club was going to open called Bay Girls.

Our pastor led our church in contacting local government officials to try to have the strip club re-locate before it opens up.  More than 3000 people signed a petition telling the city that we didn’t want this type of business in our community.

Besides the fact that strip clubs ruin the lives of both men and women, this club is also on the way to school for some of the city kids 🙁

The media got wind of the story and the next thing we know, we had news trucks on our church grounds wanting to do an interview!  Here’s a 2-min. video of our assistant pastor, doing a great interview with ABC7.


Despite our efforts, the Bay Club strip club opened it’s doors in January of this year and continues to do business :-(.

You’d think that all Christians had the same point of view on how the church handled the opening of the Bay Girls Club, right?.   Nope.

Most Christians thought that we were right in taking the stance that we did and for being a light in the community.

However, there were some that thought that we shouldn’t fight the opening of the strip club. They argued that we should allow it to open in peace, and then to reach out with the love of Christ to the customers, the employees, and anyone else that frequented the business.

I have my opinion and I’ll be writing more about it in a blog post next week.  But how about you, what are your thoughts?

If a strip club were to open less than a mile from your church, would you let it open without a “fight”?  Should the church reach out to strip club customers and employees to share Jesus with them?

Will that put those who are reaching out in danger of falling into temptation?