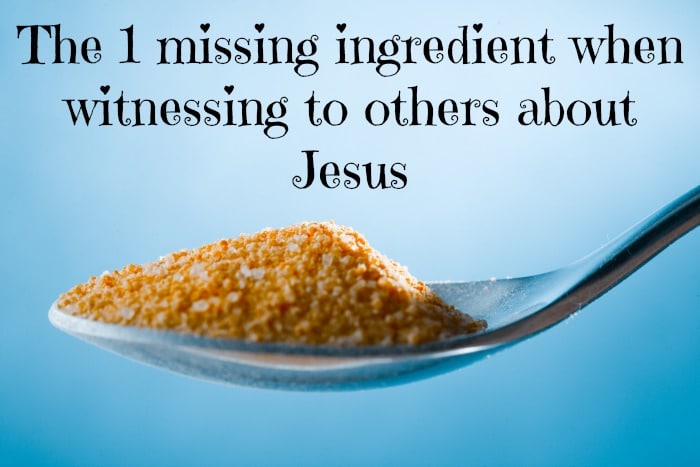 Have you ever shared Jesus with someone and found yourself getting nowhere?

You know, you bring up Adam and Eve, you talk about how sin came into this world, how Jesus died for people’s sins, and the person you were talking to just didn’t get it?

Or has this ever happened to you: someone shared with you that they don’t believe in God because religion is “man-made”, so you argue back and forth and it leads to nowhere?

I began witnessing in 2011. I engaged mostly with atheists and I went toe to toe with them on all of their different objections to Christianity.

I gave them fool-proof logical arguments that couldn’t be disproven and all I got were counter-arguments and attacks on the Christian faith.

I got nowhere in my witnessing attempts and I wondered if there was a better way to reach them with the gospel.

Two years later, I came across a teaching that radically changed the way I witness and evangelize.

For the first time after using this teaching, I saw right before my eyes people being convicted by the Holy Spirit.  And even if they didn’t accept Christ during our conversation, I could tell that they walked away thinking long and hard about what we talked about.

It turns out that I found the Biblical method that Jesus Himself used to bring sinners to repentance and boy was it powerful! 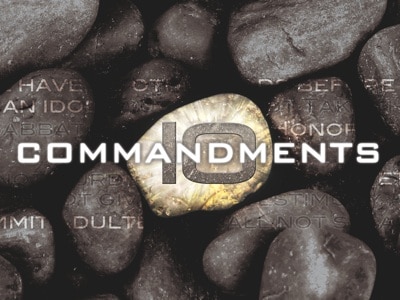 You might be surprised to find out that the missing ingredient in most witnessing conversations is the Law.

We see Jesus used it, Peter used it in his sermons, and Paul used it on a regular basis when convincing others about God.

Take a look at how Jesus approached the Samaritan woman:

1.  Jesus struck up a conversation with her about what was in front of them – a well

2.  Jesus pivoted the conversation to start talking about eternity

3.  Jesus used the law to show the Samaritan woman that she was a sinner

He did this by saying to the Samaritan woman, “Go, call your husband, and come here.” When she said that she didn’t have one, Jesus said, “You have well said, ‘I have no husband,’ for you have had five husbands, and the one whom you now have is not your husband; in that you spoke truly.”

Jesus was pointing out to the Samaritan woman that she had broken the seventh commandment.

She was convicted, converted, and she became a follower of Jesus.

Verses That Shows the Value of the Missing Ingredient

Consider these verses that show us how valuable the law is when witnessing to people.

What is it that converts the soul? God’s law is perfect to the point that it converts the sinner’s soul. How does it do that? Check out the next verse.

“Now we know that whatever the law says, it says to those who are under the law, that every mouth may be stopped, and all the world may become guilty before God. Therefore by the deeds of the law no flesh will be justified in His sight, for by the law is the knowledge of sin.” – Romans 3:19-20

The 10 commandments are crucial when it comes to letting the sinner know that he/she is guilty of breaking God’s law. If someone isn’t convinced that they are a sinner and guilty of judgement, then they will have no good reason as to why they should give their live to Jesus. 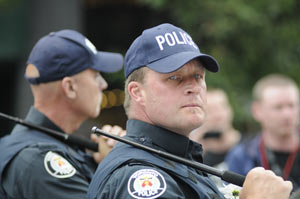 Imagine you are at home when all of a sudden, there is knock on the door.

You open up and it’s the police.

They place handcuffs on you as they tell you that you are guilty of a crime and you are going to jail.

You yell at the top of your voice telling them that you are innocent but they don’t listen. You don’t even know what crime you are guilty of.

Now imagine the same scenario where the police show up at your door but instead, they do things differently. This time, before they handcuff you they say:

“Yesterday while you were at a jewelry store, you were looking at a gold ring. When no one was looking, you took the gold ring and placed it in your pocket. The store owner got distracted by another customer and you walked out of the store with the gold ring that you never paid for. All of this was caught on camera and we have reviewed the video footage. You are under arrest and are going to jail for stealing.”

Can You See How Valuable the Law is?

Many times we try to convince people that they need to come to Christ because there is a Day of Judgement. But the non-believer just laughs it off and labels it a scare tactic.

But when we take the time to show someone that they have transgressed the law, their conscience begins to accuse them (Romans 2:14-16) and the Holy Spirit brings upon conviction.

We’re just scratching the surface when it comes to using the Law when witnessing to others and there’s more on this topic next week.

If you want to make sure that you don’t miss next week’s blog post on how you can use the Law to witness to others and bring them to Christ, then enter your email address in the box below to get notified in your inbox.