Don’t miss the video tutorial in this step.

You may already know that the Twitter community is very much about following people and having people follow you back.

The proof of this is that after you start following someone on Twitter, many will thank you for the follow or will give you a shout-out.

When you start following someone and they follow you back, that’s seen as a polite and friendly gesture.

In this section I’ll be explaining how you can use this to get you more Twitter followers.

Here’s What You Need To Do

If you’ve made your Twitter profile look just right, and if you’ve got a great tweeting strategy, then people are going to follow you back once you’ve started to follow them.

That means that you started to follow someone and they followed you back.

Note: There’s a right way and a wrong way to follow people as Twitter has put limits on the number of people who you can follow a day.

Please see the answer to the “aggressive following” FAQ for more information.

Your goal is to get as many of the second type of followers as possible and I’m going to show you how you can do this. 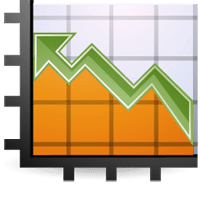 If you’ve completed all the other steps in this guide so far, then you’re going to maximize the number of people who’ll want to follow you back.

They’ll take a look at your picture, background, bio, and tweets.

Also, a polished profile will be great for people who find you on Twitter as they’ll start following you first.

The people you want to begin following are those that you think will be interested in your tweets.

That’s why I asked you in step five to come up with a tweeting strategy and to identify your ideal follower.

Check out this 3-minute video:

Please note that this guide is well within the limits that Twitter sets on how many people you can follow or unfollow at a time.

However if you’re not careful, you can unknowingly abuse these limits and you can get your account suspended.

It’s easy to follow too many people at a time because following others is such an effective way to get more Twitter followers.

Please note that this guide doesn’t encourage you to do any kind of aggressive following.

That’s why I share with you the limits of how many people you should follow a day so that you’re not considered an “aggressive follower”.

Please see the FAQ section below for more information.

Here Are Your Limits

I’ve created a table to show you how many people you can follow a day.  If you stick to these numbers, you’re Twitter account will be in good standing.

At that point, you’re not at risk of getting your account suspended and you’ll learn more about this in step 7.

If the number of people you’re following is way more than the number of followers, you risk the chance of getting your account suspended. So don’t forget to unfollow the people on Twitter that aren’t following you back every day or every other day. See step 7 before you begin following others on Twitter.

Auto-Following Back Those That Begin to Follow You First

Additionally, you’ll want to keep the people who begin to follow you first on Twitter as followers by following them back.

If you don’t, then there’s a good chance that those people will unfollow you because you didn’t reciprocate the follow.

There are two ways to do this:

Method 1:  Use a free service like ManageFlitter (affiliate link) to follow back people once every day or every other day.

ManageFlitter has both free and paid accounts.

They are unique because they offer a remote management service where they can click on your behalf.

Method 2:  Social Oomph is another great service that can help you with following and unfollowing people on Twitter (affiliate link).

Once you’re done, check out the FAQ’s below then go to step 7.

FAQ (also found at the end of the guide)

What is aggressive following?

Aggressive following on Twitter is when someone follows hundreds of others indiscriminately. Twitter sets limitations to the number of people that you can follow to 1,000 people a day.

Don’t worry if your account gets suspended, its only temporary.  Twitter is very gracious and this is their way of telling you that you need to stay within their limits. Twitter doesn’t advertise what the following-to-follower ratio is but they’ll let you know if you cross the line. Please visit step 7 for more information.

Is it okay to use a service that will buy more Twitter followers for me?

The short answer is no.  Twitter doesn’t want you paying money to shady services that will get you more followers.  Many times the kind of followers that you get with these companies are spammers and bots.

Any of the resources that are shared in this guide do not fall into this category. These resources are safe and are used by thousands of Twitter users worldwide.

Should I turn off email notifications when I've been followed by someone on Twitter?
If you’ve done everything in this guide, then you’re going to get thousands of people following you.  I’d suggest that you turn the new follower notifications off unless you don’t mind getting a bunch of emails in your inbox.
Now that I'm following so many people on Twitter, my timeline is pretty much useless. What should I do?

There’s an easy fix for that.  Just begin to add interesting people to a list which is one of the features that you can do on Twitter.  This is great way to segment who you’re following on Twitter into lists that are manageable and readable.

Here’s an article for you about how to use Twitter lists instead of your timeline.