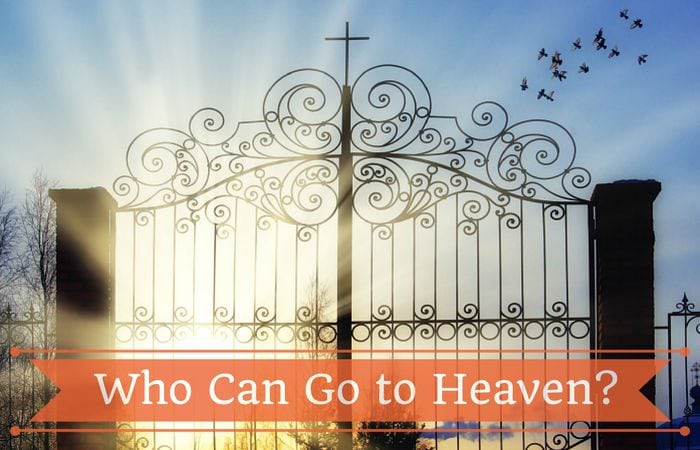 Do you believe, or know someone who believes that all good people regardless of their faith will go to heaven?

This belief is becoming more popular these days, and there’s a problem with it, as I share with you this story that happened to me not too long ago.

One time on my lunch break from work, I went out to pass gospel tracts.

As I was going through this one part of town, I came across a bunch of nursing students who were on their lunch break as well.

One of the nurses was a gentleman who was sitting on a bench wearing a blue nursing uniform.

So I went up to this nurse, and I gave him one of my favorite tracts, the million dollar bill.

I’ll call the man on the bench Frank. I gave Frank the gospel tract, and I asked him if he’d ever seen one of them before.

He said that this was his first time that he’d seen a million dollar bill.

As I explained the million dollar tract to him, Frank began to open up to me, and he started to tell me about his life.

As the conversation progressed, Frank said that he was a Christian for more than 30 years.

He was half way through his nursing program, and he appeared to be well-versed in the scriptures because he could recite a number of verses from memory.

“Oh great, of all the people who I could have given a gospel tract to, I had to give it to another Christian,” I thought silently to myself.

As I was looking for ways to end the conversation so that I could find someone else who wasn’t saved, something just didn’t feel right.

So as I began to dig deeper and started to ask Franks some questions, I was shocked to learn about some of his beliefs.

These were some of Franks beliefs that ended up making me concerned about him. Frank believes that:

As I dug deeper, Frank had many of the markings of a false convert (there were many other things that he said that I won’t write about in this blog post).

What was I going to do? How could I show Frank that what he believed about heaven is the opposite of what the Bible teaches?

Does the Bible Teach That Good People Will Go to Heaven Regardless of their Faith?

This is a heretical teaching, and something that the enemy would love for many people to believe.

All of theses verses, and so many more show us that we are all guilty under God’s law.

But thank God that by His grace, we can be saved if we repent & put our faith in Jesus. Click To Tweet

The Bible specifically states that when it comes to Jesus, “There is no other name under heaven given among men by which we must be saved.” (Acts 4:12)

One Parable You Can Use to Show Others the Truth

Here’s what I told Frank to correct him about his wrong perspective on heaven:

I want you to imagine that you’re talking with someone on the street when all of a sudden, they purposefully step on your feet.

I don’t mean the kind of stepping that’s an accident. I mean the kind where someone just really stomps on your feet, as if they meant to do it on purpose.

Can that person that just stomped on your feet go to the person that’s standing behind you on the street, and apologize to them for stepping on your feet?

Can they go to the person that’s standing 100 feet away from you, and apologize to them for stepping on your feet?

The answer is that since that person stepped on your feet, he has to come to you, and apologize to you.

He can’t apologize to anyone else for stepping on your feet.

Likewise, we have all sinned against a holy God, and broken His commandments.

Can I go to Buddha and apologize to him for the wrong things that I’ve done?  Nope.

Can I go to the Muslim god, the Hindu god, or any other god and apologize for my sins?

The answer is no. I have to go apologize to the one and only God against whom I have sinned against.

And the truth of the matter is… 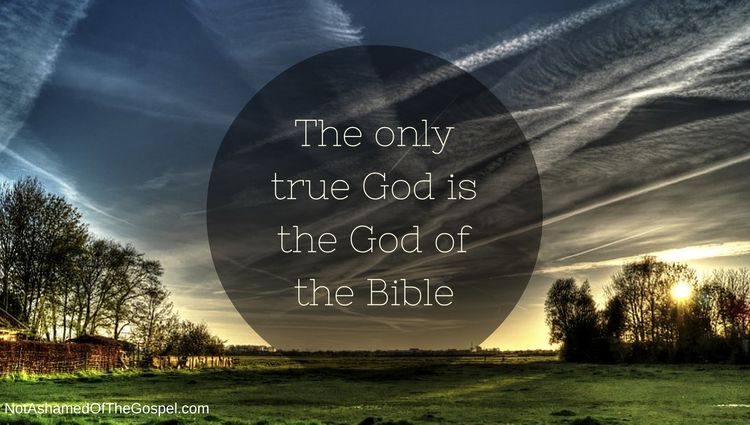 Why You Should Give a Parable

Jesus spoke in parables all the time.

A parable is just a story that you can use to illustrate a point.

Jesus knew that parables are one of the most powerful ways to help people understand a point that He was making.

So the next time that someone tells you that all good people can go to heaven regardless of their faith, may I suggest using the parable of the stomping feet?

I hope the other person will understand that they have to go and apologize to a holy God for the sins that they’ve committed, because they’ve sinned against the only true God, the God of the Bible.