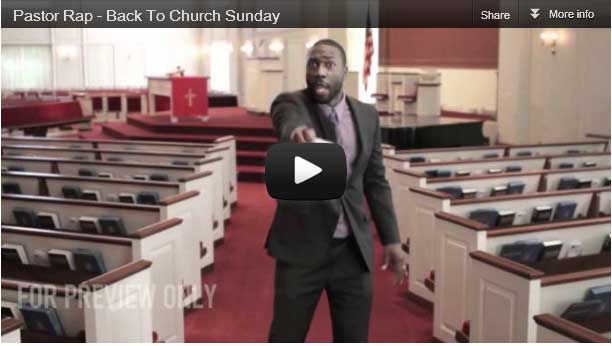 Update: For those of you who were wondering if this is an effective outreach tool, you can check out the results from the Back to Church folks  by clicking here.

What a great way to invite people to church!

Our pastor first shared this video on Facebook and after I saw it, I found myself cracking up :-).

There are many people who think that church is boring, irrelevant, and will add no value to your life. But of course, we know that nothing could be farther from the truth. That’s why I like this video.

It’s a fun and creative way to show others that church is cool.  It also can be used as an outreach tool.

More about National Back to Church Sunday

National Back to Church Sunday is on September 16, 2012. It’s a national campaign  in order to get people to come to church.

It seems like it’s strategically targeted for the fall since that is when students are going back to school, programs are resuming from their summer breaks etc.

You can register your church so that you can be found by those who will be visiting the site.  You can go to backtochurch.com for more information.

It’s great to see that the church community is thinking  outside of the box when it comes to getting non-Christians or backsliders back to church.

What do you think of the video? Do you think it’s an effective way to get others to come to church?