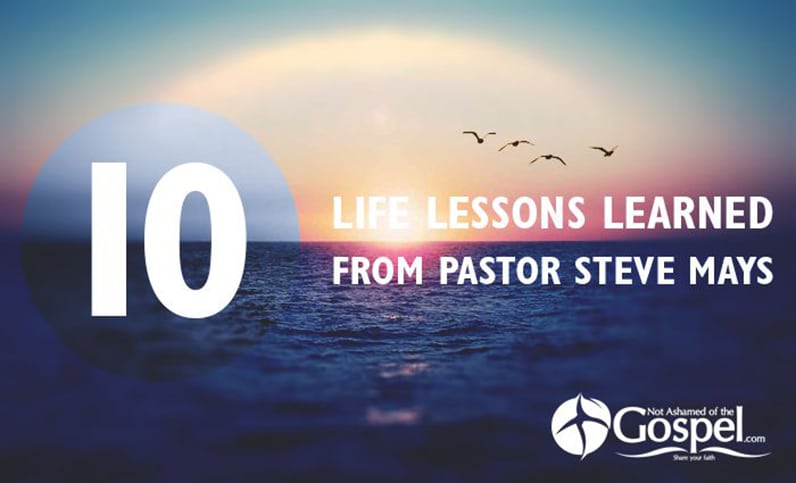 Free Spiritual Checkup:  Make sure you’re a spiritually healthy Christian.  Get the Pastor Steve spiritual checkup for free by clicking here.
Thursday, October 2nd was a very difficult day for me, and for thousands of people all over the world.

That’s the day that we found out that Pastor Steve Mays went home to be with the Lord. 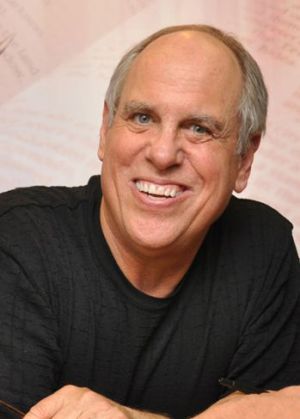 Pastor Steve Mays was a well-loved Pastor who influenced many for Christ.

Pastor Steve is the senior Pastor of Calvary Chapel South Bay, the church where I’m on staff.

On Monday, September 29, Pastor Steve went in to have his fifth surgery on his back.

By the grace of God, the back surgery was successful.

However, on Thursday morning at 6:30 AM, Pastor Steve suffered a blood clot that caused him to suddenly depart to heaven.

Ever since, tens of thousands of people have flocked to Facebook and Twitter, to express their grief for the loss of this wonderful man of God.

Pastor Steve served in ministry for almost 40 years, and he’s influenced thousands of people for Christ around the world.

I had the privilege of working closely with him for the past six years as one of his IT guys.

Since I worked so closely with him, he mentored me, helped me, and taught me a great deal about what it means to be a Christian.

That’s why in honor of his passing, I’m going to share with you 10 life lessons that I learned from working with Pastor Steve Mays.

1. Prayer is More Important Than Projects

A few years ago, Pastor Steve implemented a new daily meeting for the staff. Every weekday at 3 PM, Pastor Steve wanted the staff to stop the work that we were doing, and to get together for prayer.

Pastor Steve’s heart was to have us pray for the congregation’s needs, for each other, and for anything else that the Lord puts on our hearts.

Confession: Being so busy at church, there were times when I couldn’t make it to 3 PM prayer.

The interesting thing is that anybody who knows Pastor Steve, knows that he had a very strong sense of discernment.

So one time he calls me, and while we were on the phone chatting, he asks me, “Did you go to prayer today?”

“No Pastor, I was so busy working on this special project. I’m so sorry, I wasn’t able to make it to 3 o’clock prayer today.”

Take Away:  When you make prayer a higher priority than your projects, then God will bless your decision of putting Him first.

2. Humility is One of Your Greatest Assets

Every once in a while, he would ask the men on staff to help out in special projects like cleaning the church, organizing the thrift store, and other menial tasks.

These special projects caused us to leave the comfort of our daily routine, and to do physical labor that quite frankly, we didn’t want to do.

But that’s what it means to be a servant of Christ, we are to do whatever work that needs to be done.

We didn’t know it at the time, but God was working on our bad attitudes, and the complaining that we were doing in our hearts.

Pastor Steve knew that God would use these types of special projects to humble us.

In a way, Pastor Steve was setting us up to receive God’s grace, because we know that God resists the proud, but He gives grace to the humble.

Take Away: When you humble yourself before God, He will lift you up in due time.

3. Aim for Excellence in Everything That You Do

Pastor Steve taught in his sermons that Christians should be the best at what they do.

He believed that this was a very strong witness to non believers in the secular world.

He loved to say, “Whatever you do, do it for the glory of God.”

Then he would follow it up by saying this quote in the image below. 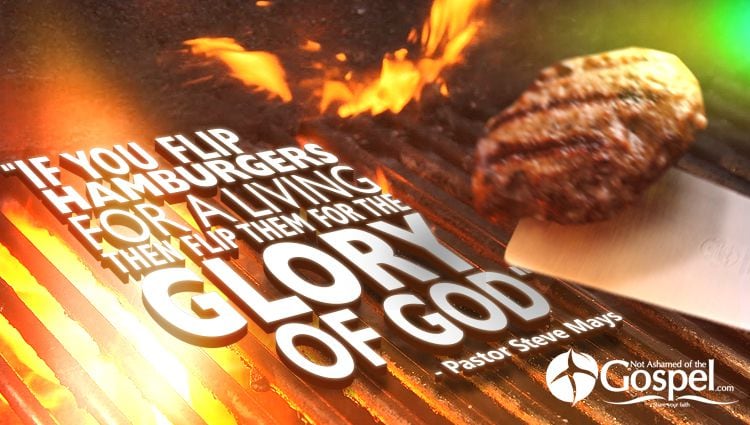 Take Away: Whether you’re a parent, a spouse, or an employee, make sure that you’re doing your work unto the Lord with excellence.

4. Make Time to Love People No Matter How Busy You Are

From watching Pastor Steve’s interaction with others, you’d be able to see how much he loved people.

Because he was such a popular Pastor, he was busy writing sermons, working on his books, and leading the church.

But that never stopped him from regularly making time to counsel people, minister to them, and even doing hospital visits.

Pastor Steve realized that even though sermons, books, and the church are all wonderful things, at the end of the day, it’s all about God and His people.

Take Away: Make sure that no matter how busy you are, that you always make time for loving people.

5. Forgiveness is the Best Way to Get Rid of a Bitter Heart

Pastor Steve was one of those guys that some would call a “straight shooter.”

He was a no fluff pastor, that called it as it is. Husbands and wives would go into counseling with him, and he would tell them that they were both wrong.

He knew that if he could show them that each one of them was wrong, then they would be able to ask for forgiveness from God first, and then from each other.

Take Away: Always forgive others because God has forgiven you. You’ll never have a bitter heart if you forgiving others regularly.

6. Don’t Be a Victim, Be Victorious

Pastor Steve regularly shared his testimony in his sermons.

He shared publicly that he was sexually molested in the seventh grade by one of his teachers.

That was the day when his life changed forever. Pastor Steve became angry, and he began to lash out both in school, and at his parents.

He joined a gang, did all sorts of bad things, and ended up getting shot in the leg.

Pastor Steve was lying in the gutter, shot, and hungry.

That’s when he said, “God if you’re real, then please help me right now.  If you do, I will give my life to you.”

That’s when a couple by the name of Shirley and Henry, found Pastor Steve in the gutter.

Against all odds, they picked him up, took him into their home, and they gave him something to eat. Shirley and Henry also gave him clothes, let him take a shower, and then they took him to Calvary Chapel Costa Mesa.

That’s where he heard Pastor Chuck Smith preaching the gospel. At the end of the night, Pastor Steve gave his life to Christ, and his life changed forever.

Ever since he became a Pastor, he regularly shared his story of how he was molested, and how God gave him victory through Christ.

It’s a strange thing to do because most men who have been molested never share that with anyone. That’s because it’s a very shameful thing to talk about.

But Pastor Steve overcame the shame as he left his molestation at the foot of the cross, and he never looked back.

Take Away: Even though bad things happened to you, Jesus will use them for your good. But you have to surrender those hurts to God.

Pastor Steve knew a thing or two about what it’s like to feel alone sometimes.

He had more than 28 surgeries and during those times, Pastor Steve shared that he sometimes would feel lonely.

Additionally, being the senior Pastor of a large church can also be a lonely road at times.

Pastor Steve says that when you feel like you’re all alone, don’t trust what you’re feeling. God is with you, He’s helping you, and He’s carrying you through the tough times.

Take Away: Your feelings aren’t to be trusted, but your faith is. 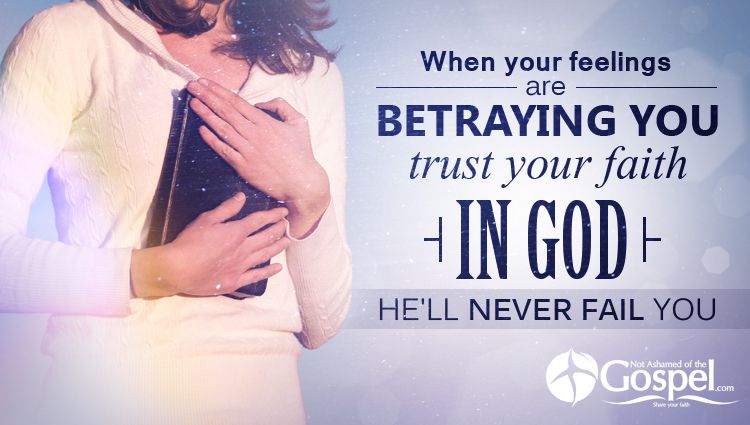 8. Give Your Money to God

Pastor Steve was a big-time believer in tithing.

Not only did he believe in tithing, but he believed in grace giving.

The difference between tithing and grace giving is a generous heart.

Pastor Steve believed that tithing was the bare minimum that Christians should be giving to God. Grace giving is going above and beyond your tithe to give back to the Lord.

I remember Pastor Steve sharing from the pulpit that someone one asked him, “Should I tithe off of my gross pay or off of my net pay (after taxes)?”

Pastor Steve answered, “Well that depends…Do you want to be blessed off of your net, or off of your gross?”

Take Away: You’ll never be able to out give God. The more that you give God with a sincere heart, the more that God will give back to you.

It may not always be given back to you financially, but it can be in other forms of blessings.

9. Don’t Give Up on the Hardest of Hearts

Pastor Steve had a radical testimony. God saved him from being a gang member, and turned him into a senior Pastor of a church.

As Pastor Steve used to say, “God saved me from the gutter-most to the uttermost!”

And boy is that true!

Since Pastor Steve received so much grace from God, he believed that no one was beyond God’s reach.

When parents told Pastor Steve about their prodigal children, he told them to not give up, and that there was hope.

When people told Pastor Steve about their drug addicted family members, he told them that God was able to set them free.

And when people shared that they knew close friends who were backsliding, Pastor Steve told them that God was able to get a hold of their hearts.

Take Away: You might have a friend or family member that has hardened their heart towards God.

Don’t give up praying for them because you never know when they will get right with God. 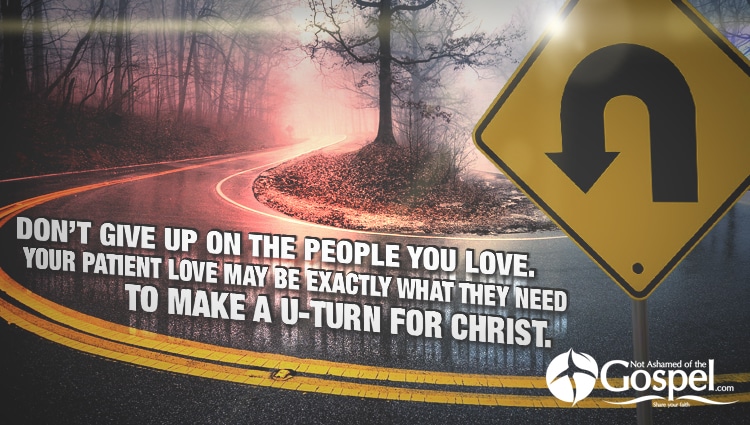 10. God’s Plan For Your Life is Better Than Your Own Plan

If you were to know Pastor Steve as a teenager, then you never would have predicted that his life would have been so fruitful.

He went from being a gang member, to preaching the Word of God.

He went from selling drugs, to giving people hope in Christ.

He went from chasing his mom with a machete, to running after sinners with the gospel truth.

By the grace of God and all glory be to Him, Pastor Steve led an extremely fruitful life.

Take Away: “I am the vine, you are the branches. He who abides in Me, and I in him, bears much fruit; for without Me you can do nothing.” John 15:5

Pastor Steve may have had a slow start in life, but he finished his race well.

He overcame many obstacles, and he never gave up.

It’s an honor for me to have worked with such a wonderful man of God.

I learned much from Pastor Steve, and I hope that these ten lessons will bless your life, as they have blessed mine.

If you’ve ever heard one of Pastor Steve’s message, or if you’ve ever read one of his books, then please share in the comments how he’s affected your life.