Don’t miss the video that is at the end of this blog post.

June 26, 2015 will be a day that will have forever changed the future of the United States.

In a landmark decision, the Supreme Court of the United States ruled that people who are gay have the right to marry.

This goes directly against God’s definition of marriage and what He says about homosexuality in His Word.

The Bible is clear that homosexuality is like adultery, fornication, and bestiality in God’s eyes.

They are ALL sins that separate us from God.

The issue of homosexuals having the right to marry has divided many Americans. Even Christians are divided on the issue.

Some people think that homosexuals have the right to marry just like everyone else.

Some people are sharing quotes on social media like “love is love”, which implies that we shouldn’t restrict any type of marriage.

Other people are saying that the Bible is outdated or shouldn’t be interpreted literally.

Who is right and who is wrong? 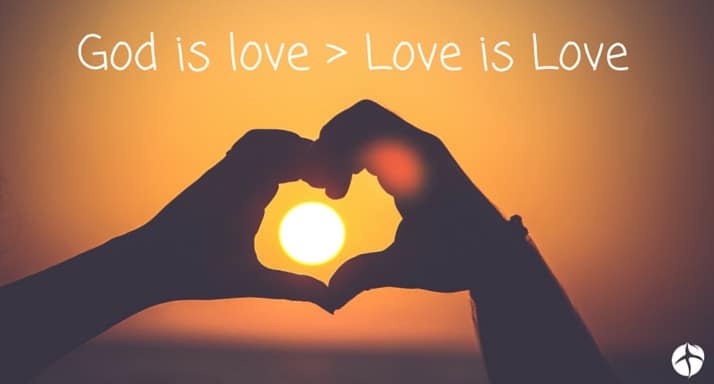 Do You Have to Take a Stand?

I believe that every Christian needs to take a stand on this issue.

I think it’s impossible to be neutral and even if you try, you’ll end up failing.

As you can probably tell by now, I’m for God’s definition of marriage.

I believe that marriage should be between a man and a woman because that is what it says in God’s Word.

I love gay people just like I love fornicators, adulterers, and other types of sinners. That’s because I realize that I’m a sinner  that has been saved by God’s grace.

The issue here is not an issue of singling out a certain group of people.

The only reason why we’re talking about this subject is because it’s at the forefront of the culture, media, and even the law.

The problem is how do you communicate God’s truth to people who think you’re hateful, bigoted, and intolerant?

For some of us Christians who are siding with God’s definition of marriage, we’ve run into this problem in the past few months.

Well, I’m happy to report that there is one amazing Christian movie that is going to help you to share the truth in a loving way.

The wonderful folks over at Living Waters ministry created a movie that addresses this topic of homosexuality.

I had the privilege of prescreening it before its public release.

I can say that it is a REALLY good movie.

I showed it to my wife and she totally agreed with me.

In fact, my wife was so touched by the movie, that she reached out and witnessed to one of our family friends who’s an atheist.

My wife was able to start the conversation with him because of the gay marriage issue.

5 Powerful Reasons Why You Should Watch the Audacity Movie

The movie that I’m telling you about is called Audacity, and it’s currently available to purchase.

It’ll be released worldwide for public viewing on August 19 on YouTube, and it will be free at that time.

However, if you want to get some amazing bonuses that will equip you in your conversations with others, then you can for a limited time purchase the movie now before it’s public release.

Quite frankly, the cost of the movie download is super low, and the bonuses that you get with your purchase are worth the cost.

The trailer for the movie is at the end of this blog post, and there’s a button that will link to where you can get more information.

So whether you decide to buy a copy or wait until August 19, here are five reasons why I believe you’ll want to watch this movie.

The Audacity movie is scriptural and is true to God’s Word.

One of my favorite things about the movie is that some of the characters in it bring up common objections regarding what the Bible says about homosexuality.

The main character in the movie goes on a journey of discovering the answers to these objections.

By watching the movie, you’ll have excellent answers to some of the toughest questions about homosexuality and gay marriage. 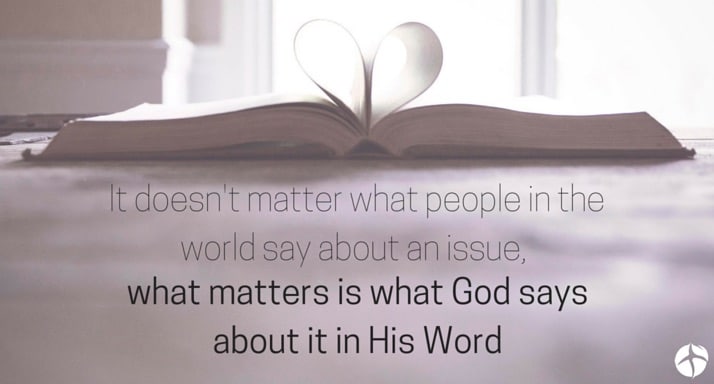 In the movie, you see a few excerpts of Ray Comfort interviewing different people and asking them questions on the topic of gay marriage.

In typical Ray Comfort fashion, he asks questions and then he guides people down a specific road.

At the beginning of his interviews, you see that people express their opinions of being pro-gay marriage and pro-homosexuality.

But then Ray asks the interviewees a couple of questions which causes them to do a complete 180 u-turn. Many of them end up changing their minds on their stance about homosexuality.

What are the questions that Ray asks?

You’ll have to watch the movie to find out 🙂

Reason #3 – To Reach the Lost for Christ

If you care about reaching the lost, and every Christian should, then this movie will equip you to handle the difficult topics of homosexuality and gay marriage.

You’ll see how Ray incorporates sharing the gospel with each person that he has a conversation with.

Reason #4 – To Tell the Homosexual Community That God Loves Them

In my opinion, Christians who are silent or who advocate gay marriage are engaging in an unloving activity.

Imagine that you’re standing in the cross walk and waiting for the light to turn so you can cross a busy street.

Standing next to you is a young man who’s also waiting to cross the street.

The only problem is that he’s listening to glaring music through a pair of headphones and his MP3 player.

He hasn’t noticed that he’s stepped off the pavement and is now standing in the street. There’s a semi-truck that is on the road and it’s going to hit him.

Do you say nothing and see this young man get hurt by the semi-truck? Or do you say something to help him get out of harms way?

To be silent on gay marriage and on the topic of homosexuality is to see people be in harms way and say nothing. Their sin is going to cost them eternity in heaven with God unless they repent. 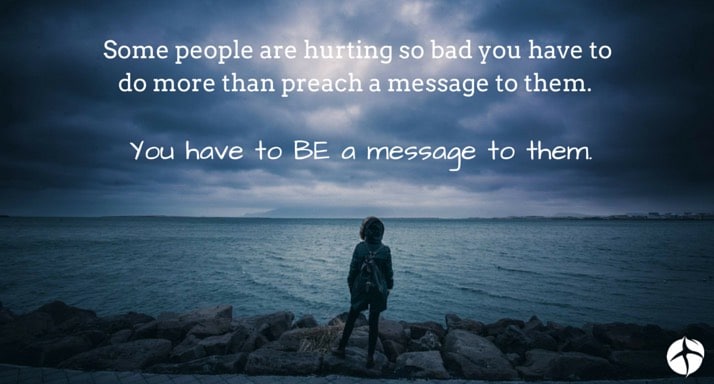 Maybe you haven’t been motivated to speak the truth in love because you don’t know what to say.

Maybe you don’t want to be accused of being hateful or of being a bigot.

Talking about gay marriage can be difficult and talking about homosexuality in a loving way is even harder.

Unless you watch the Audacity movie.

Ray’s method of talking about gay marriage is disarming and is done in a loving way.

There was even one interviewee in the movie who reveals to Ray at the end of her conversation that she’s a lesbian.

She wasn’t offended. In fact, just the opposite. She says that she enjoyed her conversation with Ray.

Find out how you can navigate the difficult waters of homosexuality and gay marriage by watching the movie.

So here’s the trailer for the movie that I’ve been telling you about.

So what did you think of the trailer?

If you download the movie now, you’ll get these bonuses with your purchase: