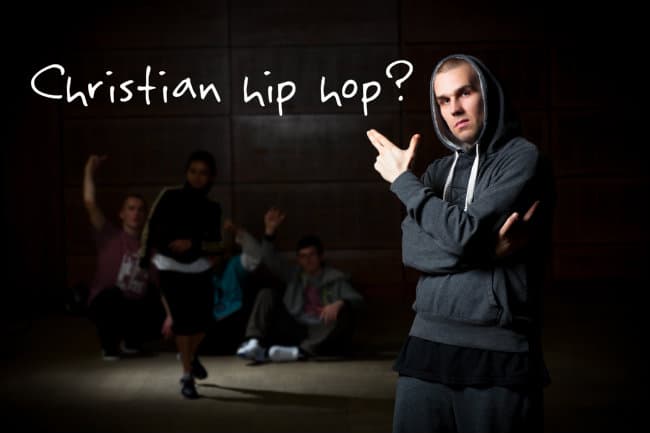 As it turns out, there’s some debate about this type of music.  In this blog post, I’ve included a Christian hip hop video that I recommend you check out so that you know what we’re talking about.

Either way, whether you’ve heard about Christian hip hop or not, it’s important that you take a stand on which side of the argument you’re on so that you’re not caught off guard if it ever comes your way.

But First, a Little Bit of My Testimony

I grew up in a church where we only sang hymns.

For the longest time, I was so entrenched within the 4 walls of my church that I didn’t know that there were other kinds of Christian music in genres like country, blue grass, rock, metal, etc.

My testimony is one of a prodigal. My grandma led me to the Lord when I was a child. I walked with God as a boy until my senior year in high school.

That’s when my family went through a MAJOR trial that rocked our world!

I asked God to help my family during this trial that we were going through. I asked Him change the rough times that my family was going through and to come through for me the way I wanted Him to.

At the time, I didn’t know that this trial was a part of God’s plan to do something deep in my life as well as in my mom and dad’s lives too.

So I blamed God and I walked away from Him for eight years, where I did what was right in my own eyes.

I partied, drank, had “fun” until finally I had enough.  I was empty, life was pointless, and I was ready to come back to God.

So I rededicated my life back to Jesus after those eight years.

I got re-baptized and I began serving God in a ministry immediately at my current church.

How I Found Out About Christian Hip Hop

So when I came back, that’s when I discovered all the different types of Christian music out there. I know, it sounds like I lived under a rock and in a way I did.

I was surprised by the Christian rock music that I heard and even more when I found out about Christian metal.

If you’re not familiar with who LeCrae is, he is one of the most well-known Christian hip hop artists. He not only does music but he also speaks and is heavily involved in evangelism.

So What’s the Big Deal?

I didn’t know this but apparently not all people feel the same way about Christian hip hop.

There are some Christians that think Christian hip hop smells too much like the world.

They think the artists in the videos come dangerously close to how the non-believing artists of today act in their videos.

While they don’t have scandalously clothed women, fancy cars, and all the bling, some artists adopt mannerisms that come from the hip hop culture.

Then on the other side, there are those who believe that hip hop can be a great way to engage non-believers with the Gospel and with Christianity in general.

They think it’s a great way to reach the types of people who love hip hop.

They argue that the videos are clean and that the lyrics glorify Christ and the Kingdom.

So I’d like to hear from you. What’s your take on Christian hip hop? Does it smell like the world or is it a legitimate tool to communicate the things of God to non-believers?