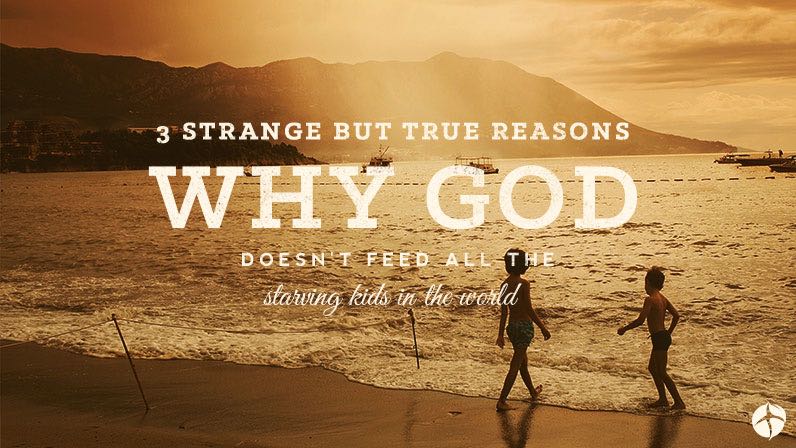 Every once in a while, I’ll get a question on Twitter that many Christians struggle to answer.

The answer to this question usually leads to arguments and leaves both the person asking it and the person answering it frustrated.

The question is,”If God exists, then why doesn’t He feed starving children around the world?” 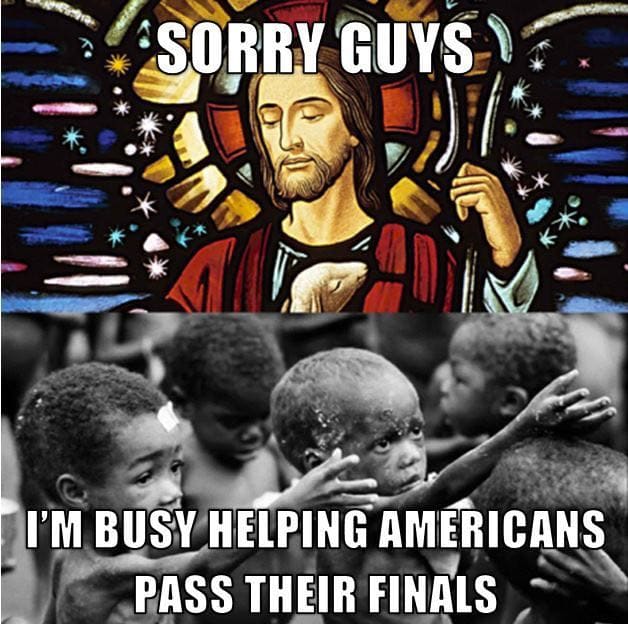 This is an atheist’s image poking fun at why God doesn’t feed starving kids around the world.

Anyone that could easily feed a starving child and instead allows him to die is evil. A god even more so. #atheist

And then usually an atheist will go on to explain his or her position.

“If I had the ability to feed a child that is starving and I didn’t, then I would just be pure evil. Your god is evil because He’s supposed to be able to feed all the starving children in the world, and He doesn’t. Even if He did exist, I wouldn’t want to believe in Him because he is pure evil.”What Some Atheists Say About God

The question of why God doesn’t feed starving kids around the world is a valid one.

It’s a question that many people struggle with, including some Christians.

God, Can You Please Make it Rain Turkey and Gravy? 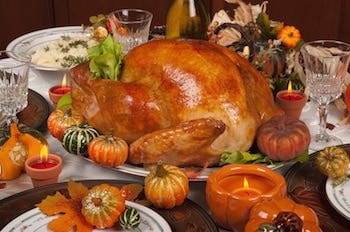 Since God can make it rain turkey and gravy from heaven to feed starving children, why doesn’t He?

If God is all-powerful, then can’t He make it rain turkey and gravy from heaven to feed all the starving kids in the world?

The answer is that of course God can do that if that’s what He wanted to do.

But since God doesn’t make it rain turkey and gravy upon the starving kids around the world, then we have to ask,”Why doesn’t He?”

If you’re not able to answer this question, then one of two things is going to happen to you.

This article is for you if:

1. You’ve ever wondered why God doesn’t feed starving kids around the world, and you struggle with the answer.

2. You’re skeptical of the Christian God or other gods.

3. You want to be able to answer this question when it’s asked of you in an accurate and positive way.

Why The “Strange But True” Title?

The reason I call these reasons that I’m about to share with you “strange” is because if I were God, I would do things differently.

But thank goodness, I’m not God.

What may be strange to one person may not be considered strange to another.

So depending on how familiar you are with this subject, you may agree with me that these reasons are “strange but true”, or you may not.

Either way, I hope this will spark a good dialog about this topic.

I’ve thought of three different reasons why God doesn’t feed the starving children of the world.

Here they are in no particular order.

Every year, I have the privilege of going through the one-year Bible plan. That means that I will read the entire Bible in one year.

I don’t share this to impress you. But I do share it to establish that I’m quite familiar with the Bible.

Of all the times that I have read the Bible from cover to cover, I can’t think of a single Bible verse in which God makes a promise to feed all the starving children in the world.

So when somebody accuses God of being unjust because He has the capability to feed starving children, and He doesn’t, then it’s that person that has a misunderstanding of God.

There’s more about this subject in point number two below.

But before you read that, let’s talk about whose responsibility it is to feed the starving children of the world.

If God Isn’t Responsible For Feeding Starving Children, Then Who Is?

The answer is you and me.

I can think of numerous Bible verses in which God instructs His children to feed the poor people of the world. 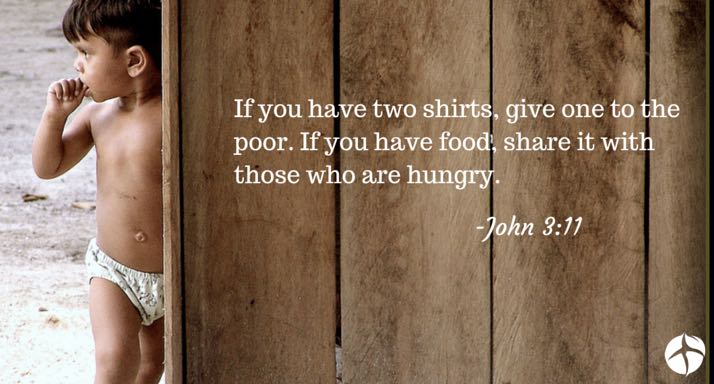 Proverbs 28:27 says, “He who gives to the poor will not lack, But he who hides his eyes will have many curses.”

James 2:15-16 says, “If a brother or sister is naked and destitute of daily food, and one of you says to them, ‘Depart in peace, be warmed and filled,’ but you do not give them the things which are needed for the body, what does it profit?”

So if you’re one of those people that thinks God should feed the starving kids around the world, then you are shifting the responsibility.

God isn’t responsible for feeding starving children, you and I are.

That brings us to our next point about justice that I’ll talk about in the next section.

But here’s the lesson that’s to be learned: any time you blame God for not doing something that you would do, you’are making an idol in your own image.

What does that mean?

It means that you’re making up your own concept of how God is supposed to act, which is something the Bible warns us about.

Reason #3 – God’s Justice is Coming Soon For All

You and I want to see justice have its way immediately.

Think about all the hate crimes in the world, the rapes, and the murders. You and I want to see those people get what they deserve.

But while we judge others for their heinous crimes, we overlook the sins that we commit in God’s eyes. 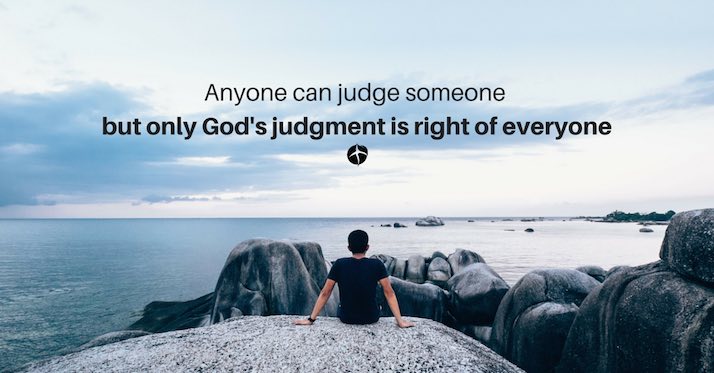 While God does see hate crimes, rapes, and murders as sins, He also sees lying, cheating, and hating people as sins too.

So since God is a just God, then He’s going to have to give justice to all if He were to judge the world today.

That means that there would be a lot of people who would receive punishment for eternity for breaking God’s standards.

So instead, God is saving His judgment for Judgment Day. That’s when everyone is going to get judged for what they did on earth.

Those who broke God’s standards and did not receive His son Jesus for salvation will end up going to hell.

But those who do put their faith and trust in Christ will end up going to heaven.

So when you don’t see justice taking place immediately, it’s because God is giving everyone a chance to repent, and put their faith in Jesus Christ as Lord and Savior.

How About Other Reasons?

I have to admit, I’m not a know it all. That’s where you come in.

Can you think of any other reasons why God doesn’t feed the starving kids around the world?