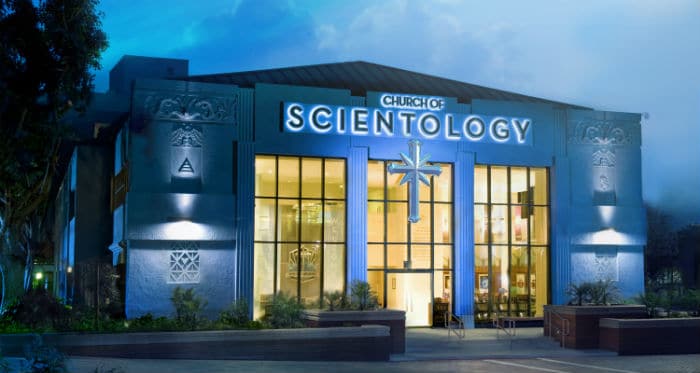 *This is a guest post and we’ll be resuming our online evangelism series next week.

Scientology started through the teachings of L. Ron Hubbard.  Scientology is a very strict and expensive religion that punishes those who try to leave the teachings and membership of the religion. Because the religion has a lot of great expenses, you will note that only the wealthy choose to believe in these teachings.

The Claims of Scientology

The religion of Scientology teaches that people are immortal beings, and are not originally from this planet, but trapped by matter, space, and time.  Scientology believes that salvation is a process like auditing, where memories of past pain and unconsciousness called engrams, create energy blocks that can be removed.

When the engrams are all removed, the Thetan (immortal being) can control this matter, instead of being controlled by it.  Until a person who believes in Scientology achieves this stage, then he/she will continue to be immortal and will be constantly reincarnated.

Scientologists claim they are compatible with Christianity and that the Bible has every belief they hold to.  The Bible says that the only salvation to man is through faith in the work of Jesus Christ, and salvation is a free gift that man can do nothing to earn.

The Bible also notes that Jesus Christ is alive and seated at the right hand of God and awaiting the time when He will gather His people for eternity in heaven and everyone else will be separated from God for eternity into hell.

However, Scientologists deny the existence of God, heaven, and hell.  Scientologists believe that Jesus Christ was a good teacher who experienced wrongful death.

Some differences between Scientology and Christianity are:

The Bible teaches that Jesus Himself says, “I am the way, the truth, and the life, and no man comes to the Father except through Me.”  From the earliest church fathers to contemporary counseling ministries like Heart Felt Christian Counseling, this truth has been championed.

However, Scientologists believe in reincarnation and that personal salvation is freedom from the cycle of birth and death associated with reincarnation.

Scientology and Christianity Are Diametrically Opposed

When researching Scientology and Christianity, we can clearly see that there is no comparison in the two religions, and there is very little in common.  Scientology leads away from God and eternal life as it tries to disguise itself in Christian language.

It opposes every belief of Christianity, therefore, it is noted that Scientology is not Christianity.

**About the author: C. Jones has dedicated some of her writing to providing clarification on teaching and counsel from the Bible. In addition, she works as a full-time medical coder in Missouri.