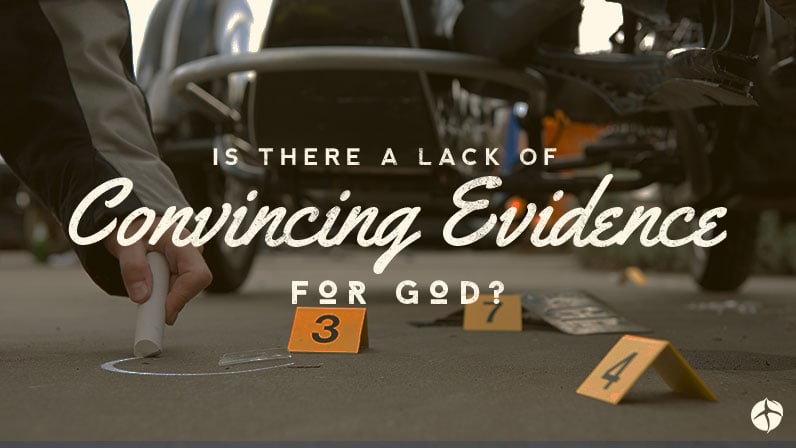 Are there contradictions in the gospels? Don’t forget to sign up for the free article I’m giving away at the end of this blog post.

Atheist:  There is no evidence that God exists or gods for that matter.

Atheist:  I read those articles. They are not evidence. There’s a lack of evidence that any gods exist. The probability that God exists is the same as that of unicorns, or that Zeus exists. 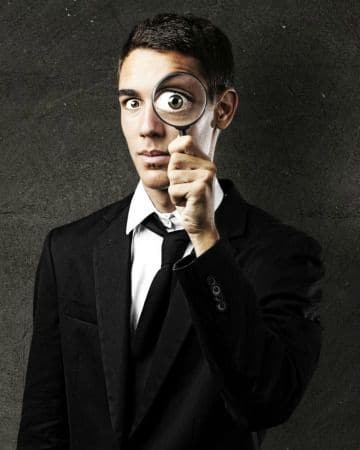 Is it true that there’s a lack of evidence that God exists? Read on to find out

Many times when I’m engaging in conversations with atheists, they use this one statement about there being a “lack of evidence that God exists.”

The first time that an atheist compared the probability that God exists to that of unicorns or Zeus, it made me think out loud, “Oh my gosh, I can’t believe this person actually thinks that’s true!”

Well as it turns out, there are some atheists that believe that statement to be true.

But there’s  a problem with this statement, and I share with you what it is in the video below.

If you’re an atheist and you’re reading this article, then I’d like to welcome you to my blog.

You’re always more than welcome here to share your thoughts and opinions.

The only people who are not welcome are anti-theists.  Anti-theists are verbally abusive, use foul language, and are disrespectful.

All of those things violate my comments policy. Because I want to engage in good conversation, if you’re an anti-theist, then goodbye.

And if you’re a Christian and you’re reading this article, then today I want to share with you how I respond when atheists tell me that there’s a lack of good evidence that God exists.

So here you go, watch this three-minute video.

Now that you’ve watched the video, I’d like to share with you the reasons why I believe God exists.

5 Reasons Why I Believe God Exists

Before you read my reasons, I want to point out that any time that I refer to God on my blog, then I’m referring to the Christian God unless I explicitly state otherwise.

I believe that the Christian God is the only true God, and that there is no other.  So with that in mind, here you go, here are my reasons why I believe God exists.

Many people who have left their former lives and have become Christians have done so because they have experienced some kind of transformation.

Maybe some of them were alcoholics who overcame their alcoholism because they cried out to God, and He helped them.

Others were addicts who overcame their drug abuse because they asked God to help them, and He did.

Then there are former atheists like me, who had a transformative experience. 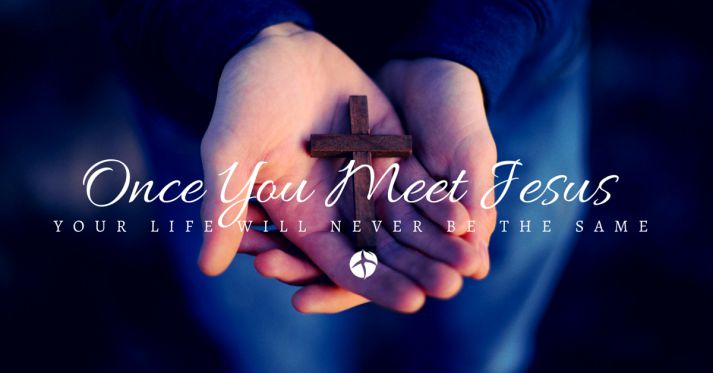 There are many people who prayed to God, and God has helped them in some way.

Now you might be thinking, “There are many people from other religions who claim to have had a personal experience with God, or who’ve had transformative experiences.”

While that’s true, I found that the personal experiences of Christians stand out among the others. For example, you can read my story and judge for yourself.

How about those people who cry for help from God and it seems like they don’t get any help? For example, how about starving kids in Africa?

For an answer, you’ll want to read my article on why God allows suffering.

2. Jesus and His Resurrection

The amount of misinformation that is taught about Jesus and the resurrection is enormous.

Unfortunately, this misinformation is even taught on college campuses, where I heard first hand wrong information taught about Jesus.

Sometimes atheists argue that we’re not even sure if Jesus was a real person. Then of course, they follow-up with a statement discounting the crucifixion or the resurrection.

However, there is what’s called the “minimal facts approach” to determining the truth about Jesus.

I’ll be sharing with you in just a matter of weeks the evidence for the resurrection, and more about the minimal facts approach.

If you want to make sure that you don’t miss that article, then become a subscriber. 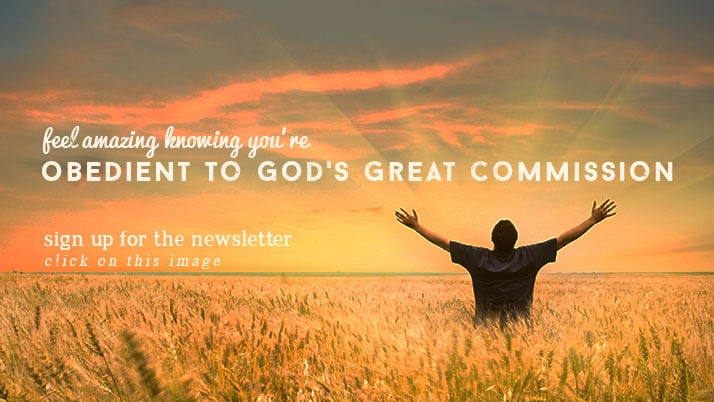 For the time being, you can be sure that history and archaeology confirm that Jesus was in fact a real person who died on a cross, and that there was an empty tomb after He died.

I believe in Romans 1:20 which basically says that everyone should be able to understand that there’s a Creator based on studying the world around you (creation).

It’s so clear that there’s a God who created this world, that on judgment day, people will be “without excuse.” (Romans 1:20)

Richard Dawkins, the outspoken atheist, even wrote in his book, The Blind Watchmaker, “Biology is the study of complicated things that give the appearance of having been designed for a purpose.”  (Source)

However, Dawkins goes on to refute the evidence of design in different ways.

And this is completely consistent with what the Bible says about those who say that there is no evidence that God exists.

Romans 1:18 says, “For the wrath of God is revealed from heaven against all ungodliness and unrighteousness of men, who suppress the truth in unrighteousness.”

People who don’t believe that God exists are either knowingly or unknowingly suppressing the truth that is in their hearts.

For when Gentiles, who do not have the law, by nature do the things in the law, these, although not having the law, are a law to themselves, who show the work of the law written in their hearts, their conscience also bearing witness, and between themselves their thoughts accusing or else excusing them in the day when God will judge the secrets of men by Jesus Christ, according to my gospel.Romans 2:14-16

God has given you a conscience so that you can know what’s right and what’s wrong. These are universal standards of morality.

Does that mean that people don’t murder or commit adultery? Of course not. People choose to violate their conscience all the time.

In fact, most people who are living a life of sin have a seared conscience. That means that their conscience isn’t able to warn them about doing wrong because it’s become dull overtime.

However, the conscience can be awoken by using God’s law to revive it.

If there is one item on this list that is totally misunderstood, miss-taught, and abused, then it would have to be the Bible.

There are so many wrongful accusations against the Bible.

Most Muslims have been taught that the Bible has been corrupted. Atheists believe that it has contradictions. Jews believe only in the Old Testament (also known as the Tanakh), and discredit the New Testament.

I’m planning on making future videos addressing these topics. So if you want to get notified when they launch, then become a subscriber.

In the meantime, I’m going to offer you a copy of Pastor Charlie Campbell’s excellent article addressing five common supposed contradictions and their rightful explanations.

I’ve contacted Pastor Charlie to ask him if I can give his excellent article away to you as a free PDF, and he has graciously agreed. So click here to get access.

Get Article About Contradictions 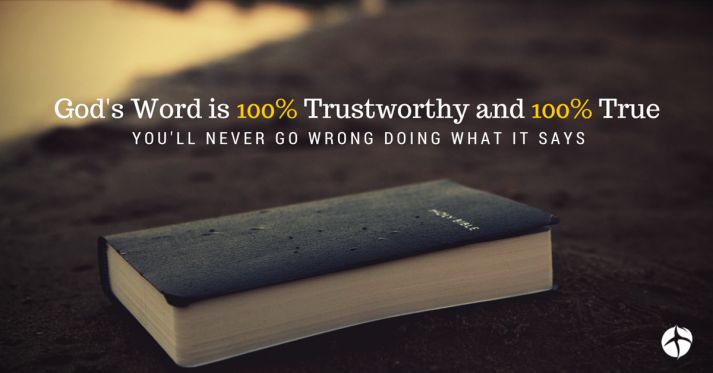 [Tweet “The way to see God is to seek Him with ALL your heart.”]

This is based on the Scripture from Jeremiah 29:13 which says, “And you will seek Me and find Me, when you search for Me with all your heart.”

How a Famous Atheist Become a Christian 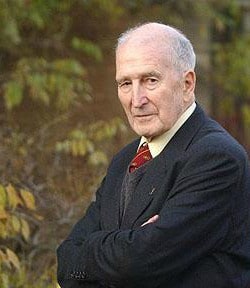 Antony Flew was one of the most famous atheists of his time who became a Christian.

Antony Flew was one of the most famous atheists of his generation.

He was well-known for teaching that all people should assume atheism, until evidence for a God surfaces. (Source)

He wrote books, made speeches, and did many things in order to be a staunch advocate for atheism.

But all that came crumbling down in 2004 when he made the shocking announcement that he believed in God. (Source)

So what was it that changed Flew’s mind?

It was the same evidence that I wrote about in this article about DNA.

In 2007, Flew wrote a book titled, There Is a God: How the World’s Most Notorious Atheist Changed His Mind.

In 2008, Flew’s book took the Christianity Today Book Award in Apologetics and Evangelism, with the judges hailing it for making the philosophical search for God both “accessible and exciting.”

You can pick up the book on Amazon.

Do You Need God?

To my atheist friends, do you need God? Take this quiz and find out.

Even if you don’t believe in God, at least you’ll know where you stand.

I remember when I was an atheist, I was positive that God didn’t exist.

I remember one time my brother-in-law invited me to church. I went with him just for the heck of it.

As the preacher was sharing the message, I remember sitting in the back of the church and getting angry.

“Look at all of these Christians sitting in this church. They are so weak!” I thought to myself. “They can’t go through life by themselves, so they make up a God of their own imagination to help them get through. At least I’m not delusional like they are!”

Those were my thoughts. But then somethings happened in my life that made me do a U-turn for God.

Or you can drop me a comment about what you think about the statement, “there’s a lack of convincing evidence that God exists.”