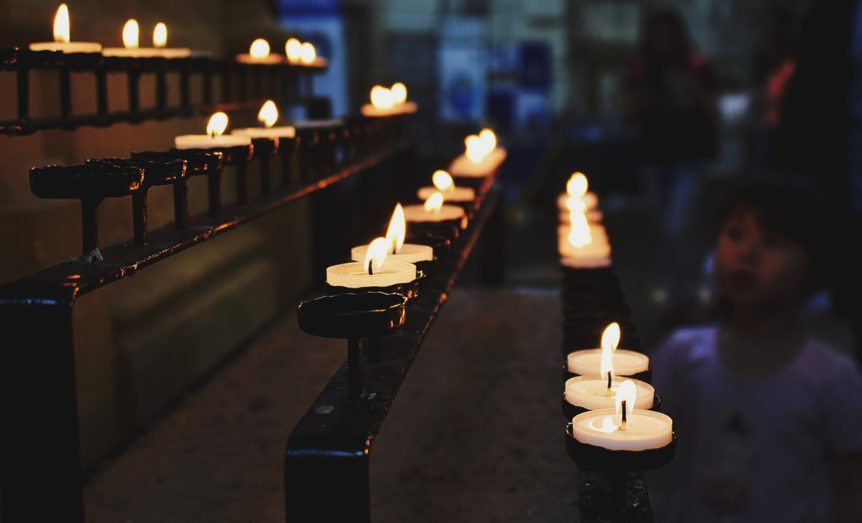 “Your God is an imaginary God just like Zeus, Thor, and Shiva.”

Someone tweeted that to me the other day in response to one of my Christian tweets.

It’s not the first time that someone writes those words on social media to me.

You see, since I’m a former atheist, I attract a lot of atheists on Twitter and Facebook, who want to engage with me.

I don’t mind atheists engaging with me. In fact, I have a deep love for atheists because I can identify with their struggles.

What I’m not particularly fond of are anti-theists. They are different from atheists.

They are the ones that go out of their way to make fun of you and ridicule your beliefs.

More about anti-theists in just a little bit.

This Article is For You If

You’ll sound intelligent, you’ll avoid getting into arguments, and you’ll be able to give an answer to anyone who asks you for the reason for the hope that is within you (1 Peter 3:15).

If you ever want to convince Christians of your point of view, then you’ll need to know our objections to your argument.

This Article is Not For You If

This blog is dedicated to promoting a loving atmosphere where you and I can discuss our beliefs and our struggles about God with openness and without the fear of being judged.

Anyone that is against this fundamental idea is strongly encouraged to move on to another website.

Here Are the 5 Ways That The Christian God is Different than Zeus, Thor, Shiva, and Other gods

Way #1 – The Christian God Speaks to His Followers

The biggest difference between the gods of other religions and the God of Christianity is that the Christian God has a relationship with His followers.

The very definition of a relationship is that it consists of two people who communicate with each other.

That’s exactly what you get when you’re a Christian.

You can talk to God, and God talks back to you.

You’re probably skeptical about this relationship if you’re not a Christian or, if you’re having doubts about how to hear God’s voice.

That’s why I created an e-book specifically about that.

Are there people who follow other belief systems who say that they talk to God, and God talks to them?

Yes. The one that comes to mind are followers of the New Age movement.

In other words, they don’t have a Bible written by God as Christians do.

The Bible teaches Christians how to talk to God as well as how to hear from Him.

That’s why the New Age religion is open to personal interpretation as opposed to Christianity, which has prescribed methods of communication written by God through His Holy book. 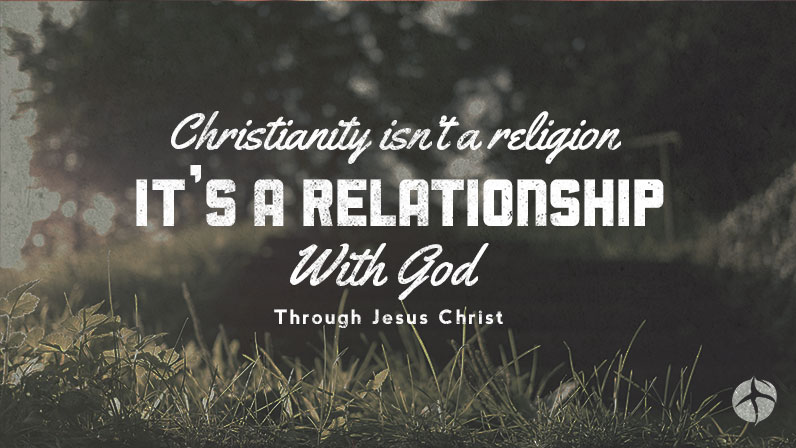 Way #2 – The Christian God Predicts the Future with 100% Accuracy

Christians claim that the God of this universe is the One, who wrote the Bible.

To support such a claim, God writes in the Bible how you can know that His book is the only divinely inspired book out there.

By the way, I chose to share with you these Bible verses from the New Living Translation just because it’s written in a form of English that’s simple to understand.

“Present the case for your idols,”
says the Lord.
“Let them show what they can do,”
says the King of Israel.
“Let them try to tell us what happened long ago
so that we may consider the evidence.
Or let them tell us what the future holds,
so we can know what’s going to happen.
Yes, tell us what will occur in the days ahead.
Then we will know you are gods. Isaiah 41:21-23

God says in this passage that if you want to know which god is the true God, then that god must be able to predict the future accurately.

No other gods have been able to predict the future with such incredible accuracy as the Christian God.

There are hundreds of predictions about the future in the Bible (also known as prophecies).

Some of them have already come true, and some of them still have yet to be fulfilled.

In just a minute, you’ll read about one of the most remarkable predictions found in the Bible that has come true within the past 50 years. 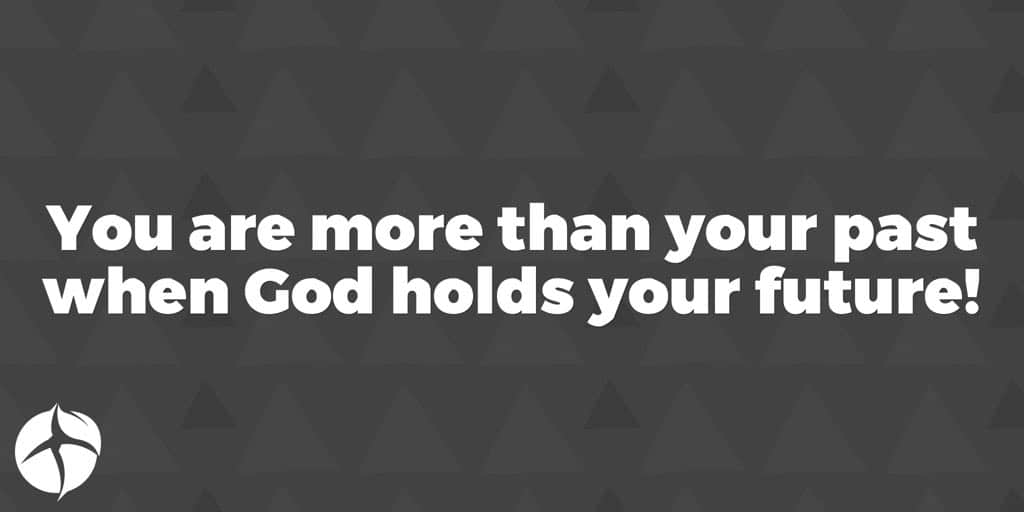 First, If You Miss This One Fact About the Bible Then You Won’t Understand The Value of Predictions

For skeptics who don’t have a strong background in the Bible, they will sometimes miss this crucial fact.

The Bible is not one book that was written at a particular point in time.

The Bible is a collection of 66 books written by 40 different authors, over a period of 1,500 years.

Christians claim that God inspired these 40 different authors to dictate the words in the Bible for the world to be able to understand who God is.

So when you are studying predictions made by the Bible, you have also to know in what year were those predictions written.

I’m going to share with you about one prediction that I found extremely impressive.

If you want to do your own research and find some more predictions that have come true, just keep this tip in mind.

You need to know the date of when that book of the Bible was written to get value out of your research.

One Remarkable Prediction That No One Ever Thought Would Come True

More than 2,600 years ago, the Babylonian Empire destroyed Jerusalem.

They ended up taking many Jews captive back to Babylon.

After 70 years,  King Cyrus of Persia conquered the Babylonians and allowed many Jews to return to Jerusalem.

The Jewish people rebuilt Jerusalem, but the city was destroyed in 70 AD by the Romans.

The Romans killed more than 1 million Jews and forced many of them into exile.

The Jewish people were scattered all over the world and began living in different countries.

No one ever thought the Jewish people would ever be united, and that they’d have a country of their own again. 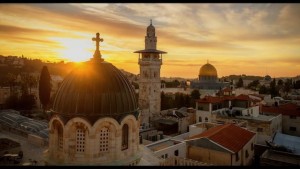 Against all odds, the biblical prophecy about Jerusalem being occupied by the Jews came true in 1967

But then in 1948, against all odds, the United Nations paved the way for Israel to become a state. (source)

The Jews regained control of Jerusalem in 1967 when they recaptured the city during the Six Day War. (source)

Zechariah the prophet Predicted the return of the Jewish people to Jerusalem in Zechariah 8:7-8.

The amazing thing is that this prediction happened between 520 and 518 BC.

That’s an astounding 2,487 years before this prophecy came true!

In the Hindu Vedas, it’s taught that the earth is flat (source).

In the Quran, it’s taught that the Sun sets in a muddy spring. (source)

Many religious books have scientific errors in them. But not the Bible.

Before the scientific method was ever created, the Bible wrote about scientific truths that went against the popular beliefs of that time.

For example, it was long thought in the ancient world that the earth is flat.

How did Isaiah know that the shape of the earth is a circle when the rest of the world thought that it was flat and shaped like a square or rectangle?

It’s because God revealed this scientific truth to the prophet.

Here’s another example of God’s scientific accuracy that went against the grain.

Before Isaac Newton discovered gravity, Hindus believed the Earth rested on the backs of elephants.

These elephants stood on the back of a turtle that was swimming in a sea. (source) 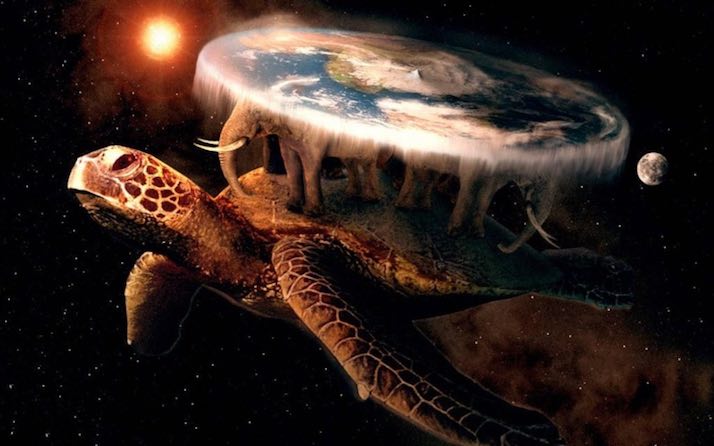 Before modern science, the Hindus thought the earth was carried on the back of an elephant who was carried by a giant turtle.

The ancient Greeks thought that the mythical God, Atlas, carried the earth on his shoulders.

However, God revealed the truth to the author of the book of Job in the Bible.

The author of Job writes that the earth isn’t being carried by anything or anyone.

This is what it says in Job 26:7 about God, “He stretches out the north over empty space; He hangs the earth on nothing.”

This is an amazing verse that shows that the earth is suspended in space just like modern science confirms.

The gods of the mythical world are known for their enormous egos.

Say one wrong thing or disrespect them, and they’ll zap you into oblivion.

For example, it was believed that Zeus killed evildoers and all those who broke their oaths.

If Zeus existed, then you and I would be toast!

But that’s not the God of the Bible.

The Christian God is an incredibly humble God.

This is summed up in the most basic and well-known verse of the Bible:

For God so loved the world that He gave His only begotten Son, that whoever believes in Him should not perish but have everlasting life. John 3:16

What kind of a God would sacrifice His only Son to save humanity?

A very humble one.

I know that you may have doubts that this is true.

You may be skeptical that this is more than just some mythical story that is comparable to the story of the ancient god, Osiris.

But that has been debunked, and you can read this great article by J. Warner Wallace about the Jesus/Osiris deception.

Way # 5 – The Christian God is the Ultimate Example of Love

All of the other gods are known to be selfish and narcissistic.

All they care about is themselves and their personal advancement.

But that’s not the case with the Christian God.

The Christian God cares about you, how you can get to heaven, and your personal advancement.

You might take a look at our world today and think to yourself, “If God is such a loving God, then why doesn’t He stop rapists from raping and murderers from murdering?”

That was the topic of one of my recent blog posts.

You can watch a video that has more than 10 million views about this subject by seeing this article that answers the question of evil and suffering.

Some unbelievers and skeptics like to compare the Christian God to mythical gods like Zeus, Thor, and Shiva.

But there are drastic differences between these ancient fake gods, and the Christian God who is real and who loves you.

1.  The Christian God Speaks to His Followers

2.  The Christian God Predicts the Future with 100% Accuracy

4.  The Christian God is Incredibly Humble

5.  The Christian God is the Ultimate Example of Love 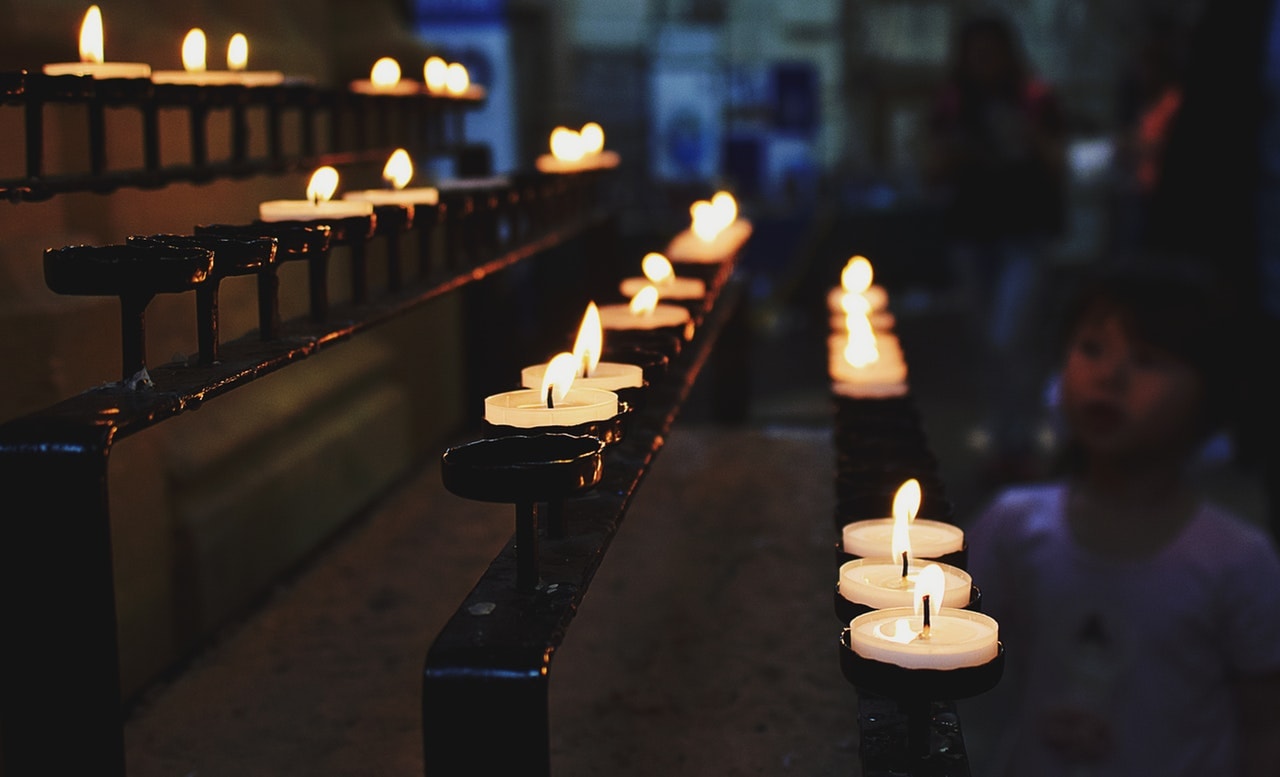