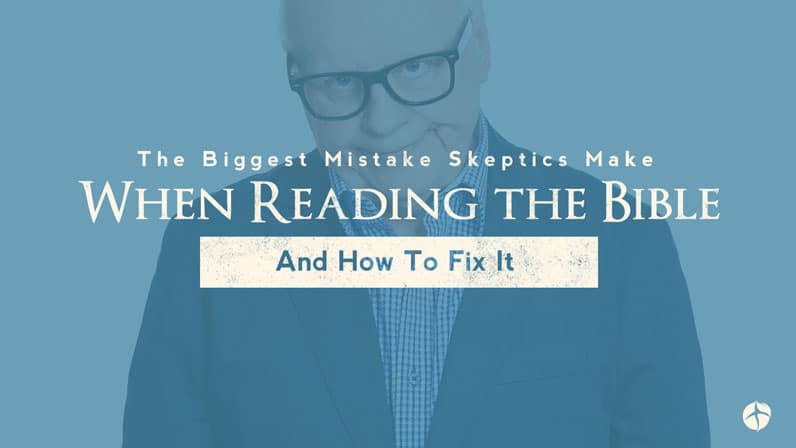 Greg was sitting in a huge auditorium with 150 other students.

He had just witnessed two of the biggest experts in their field debate about God’s existence.

On the left corner of the stage was Samantha Paris, a well-known author, blogger, and atheist.

On the right side of the stage was Dr. Bill Wright, a University professor who taught biblical studies.

It was now time for open-mic, and the speakers were taking questions from the audience.

Greg immediately stood up from his seat and waited in line so he could ask his question to Dr. Wright.

The beautiful thing was that Greg knew his question would be incredibly difficult to answer.

When it got to be his turn, Greg went up to the mic and said, “My question is for Dr. Wright.

“I’m sure you’ll agree that the Bible has many historical errors in it. Many scholars have found Bible passages that contradict each other.

“My question is why should intelligent people who know the truth about the Bible believe in the Christian god when it has so many blatant mistakes in it?”

Dr. Wright looked at Greg and smiled. “That’s a great question, young man. I’d love to share with you the answer to clear up this misunderstanding.”

Do You Believe That The Bible is Full of Errors and Contradictions, Just Like Greg?

Even though I’m a Christian, I used to think that the Bible was filled with all sorts of problems when I was an atheist.

In fact, I used to think that Christians were the most gullible, un-intelligent (nice way of saying stupid), and weakest people in the world.

After all, Christians created a god of their imagination because they are too weak to be able to survive the everyday troubles that they face in life.

Here, Check Out Atheist’s and Skeptic’s Biggest Problems With The Bible

So are these objections valid?

You see, things may seem one way on the surface, but the truth needs a little deeper investigation.

That’s why I’m writing this article.

These objections may be valid to you depending on what kind of books you read or videos you watch.

However, there is a logical explanation for everything in the Bible.

You may not agree with them, but there is an explanation.

So let’s see how much of this article you agree with. Sound fair? 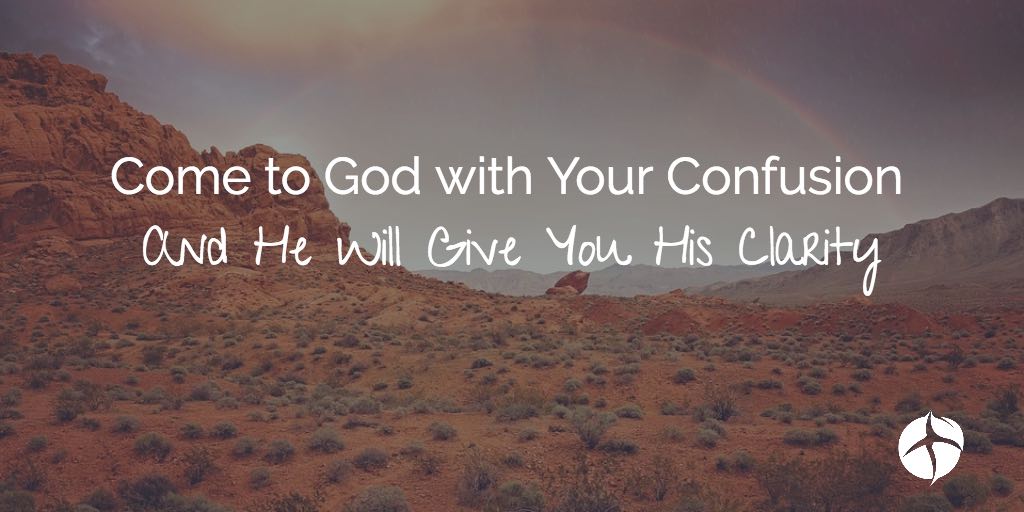 Listen, If You Don’t Fix The Misguided Way You’re Reading the Bible, Then You’re Doomed

I know you don’t believe in God, or in life after death, and all that made up stuff.

I know this may sound offensive, but just stick with me here.

So if there is truth in the Bible and if it might be important for your life, then you need to be able to find out what it is.

Here are some reasons why you should care about what the Bible teaches:

Listen, there are some atheists out there that unknowingly give the wrong interpretation of the Bible.

They’re not interested in making a correct analysis even if someone showed them the proper way to interpret the Bible.

Some of these atheists that I’m referring to tend to have book deals that are very lucrative. They’ve also created businesses around their atheist beliefs.

If they end up recanting their atheist beliefs or something wrong that they said about the Bible, then it would result in a massive loss of thousands of dollars. In some cases, it’s even millions.

So What is the Biggest Mistake That Unbelievers Make When Reading the Bible? 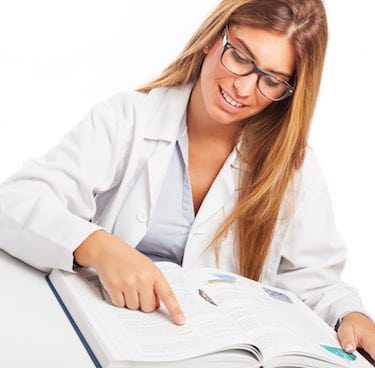 Neurology books are very complex and can be only understood by neurosurgeons. There is an applicable lesson about the Bible as well so keep reading.

Imagine someone gave you a book about neurology.

It’s the size of a 15-inch laptop, and weighs the same as three pairs of shoes.

Now, imagine that you open up to the middle of the neurology book, and you start reading it.

But you aren’t a neurosurgeon, and neither are you training to become one.

Would you agree that you won’t understand the things found in the neurology book?

Sure, you can read English, but the actual semantics and context of the text will be like you speaking English to a 3-month old baby.

Now, check out what the Bible has to say about what happens when unbelievers read the Bible:

But the natural man does not receive the things of the Spirit of God, for they are foolishness to him; nor can he know them, because they are spiritually discerned.1 Corinthians 2:14

That means that you as an unbeliever aren’t able to correctly interpret the Bible.

At least that is what the Bible says about you.

Because you need the Spirit of God to be able to understand the Bible.

“Well, That’s Convenient For You,” You Say

I know, I know, it must be awfully convenient for Christians to have a Bible that can only be interpreted correctly by Christians.

But think about it.

Listen, If Skeptics Know How to Correctly Interpret the Bible, Then We Wouldn’t Have Hermeneutics

“What do hemorrhoids have to do with understanding the Bible,” you ask.

Not hemorrhoids but hermeneutics ? .

Here’s a definition of hermeneutics according to Dictionary.com (great app for your phone, by the way)

It’s the critical explanation or interpretation of a Biblical text.

So imagine that there is a whole world dedicated to correctly interpreting the Bible.

Does that mean that you have to study the Bible for 8.2 years before you can understand it?

Nope, there are several ways to fix this problem.

3 Solutions That Will Help You Read the Bible Accurately

Ok, so if you want to have the correct interpretation of the Bible, you have three options.

You can pick 1 out of the 3, or choose to do a combination of these solutions:

Solution #1 – Ask God to Give You the Correct Interpretation

You’ll probably think this is the hardest of all the solutions to do, but it is the best option (in my opinion).

After all, you might be thinking why would anyone talk to an imaginary daddy in the sky and ask Him/Her/It to tell you what a made-up book (the Bible) means?

I know, I know, I understand your skepticism because I was in your shoes before.

It’s up to you, but God says this: 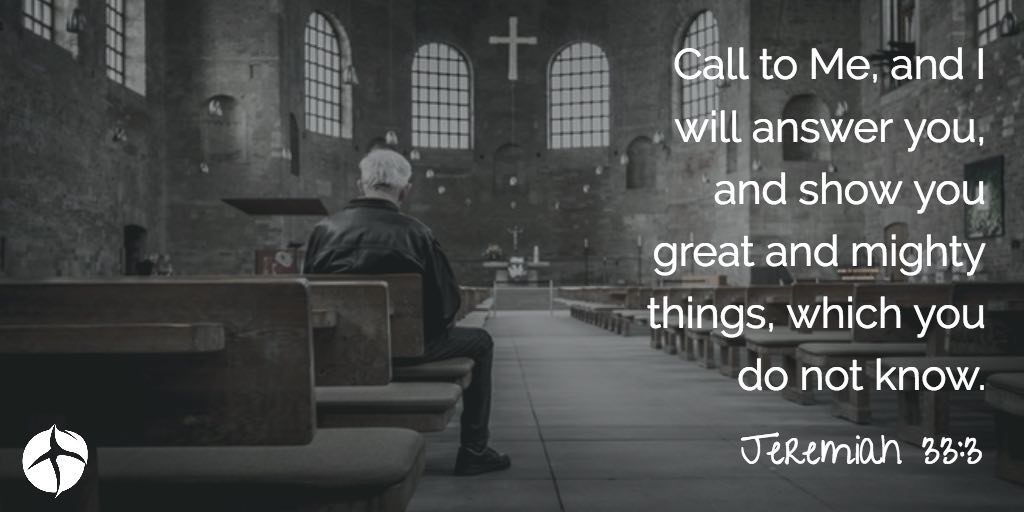 If you want to receive revelation from God even though you don’t believe in Him, then you can approach God with your skepticism.

I did that when I was an atheist.

I didn’t believe in God, but there was one specific night where I said to God, “God if you’re real, and you’re out there, I need Your help.

“I don’t know who I’m praying to, if you’re listening, or if you’re real, but I’m going to try contacting you anyways.”

I thought it was going to be the stupidest thing I’ve ever done. But I was wrong.

That was the beginning of an incredible spiritual journey.

Solution #2 – Read an Orthodox Commentary Written by a Trusted Source 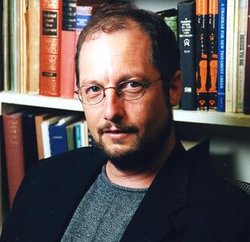 If you want to read a good explanation of the Bible, then you want to avoid Bart Ehrman’s commentary on the Bible.

After all, Bart is an unbeliever which is going to give you the same inaccurate interpretation that you can find by other skeptics.

Instead, get yourself a good Orthodox commentary that is in line with mainstream Christianity.

The flaw with this option is that you’re going to have to battle the doubt in your mind about what if mainstream Christianity is wrong.

If that’s true, then reading a Bible commentary about Orthodox Christianity might be a waste of your time.

The solution, in my opinion, is that even if you struggle with this, then reading one of these commentaries at least will provide you with an excellent education about what most Christians believe is an accurate interpretation of Scripture.

That way, if you enter into a debate, you’ll be better equipped to win.

So here is a list of widely accepted Orthodox commentaries if you’re interested in checking them out:

By the Way, What Do You Do About This One Critical Question?

While you and I are on the topic, may I please ask you how do you choose which sources of information to believe in?

For example, you have books written by authors like Bart Ehrman that denounces the Bible and Christianity. The books he’s written are based on scholarly work.

Then you have books by authors like Norman Geisler, who affirm the Bible and Christianity. His books are also backed by scholarly work.

Both of the teachings of these two authors oppose each other.

Who is right, and who is wrong?

I’m not offering an answer here, but it’s just some food for thought.

Solution #3 – Ask a Real, Not a Fake, Christian

There are many fakes out there, and one of the most popular articles on my blog to this day is an article I wrote about fake Christians. 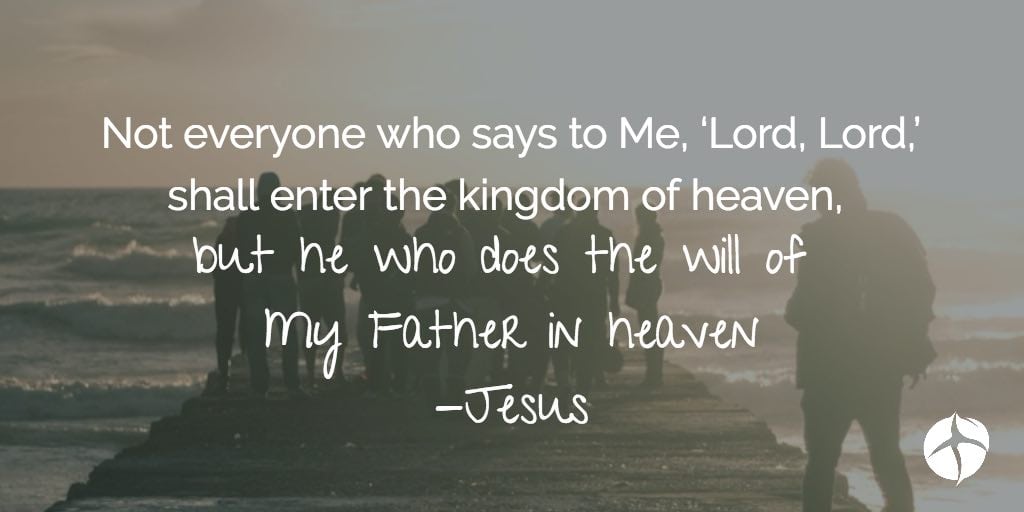 So how can you tell if someone who claims to be a Christian is real or not?

Here are some things that will help you identify fake Christians from the real ones:

Are there exceptions to these rules? Sure there are.

But these are just some general guidelines to help you identify who’s a real Christian and who isn’t.

Once you’ve found a genuine Christian, take them aside, or take them out to lunch, and ask them your question about the Bible.

Hopefully, they’ll be able to answer you.

Here are the main takeaways from this blog post:

Got something to say? Post your comment and I’ll do my best to respond as quickly as I can.