Do you want to know if the Bible is reliable?

Maybe you’re having doubts about the Bible being written by God.

Maybe you’ve heard about people pointing out a supposed contradiction in the Bible.

Or maybe you think it’s just a book written by human authors just like other religious books.

I understand if you feel that way.

After all, I thought those things too about the Bible for at least 8 years of my life when I was an atheist.

I even continued to believe some of these things after I became a Christian until I changed my mind at a later time.

I did a Google search for some contradictions that people think the Bible has.

I then chose one of the top ones and am writing about it in this blog post.

This blog post may be able to help you in 6 possible ways:

1.  Increase your faith in the Bible
2.  Eliminate some doubts about God and the Bible
3.  Understand the Bible better
4.  Look at the Bible in a new way
5.  Give Christianity another chance if you’ve lost your faith
6.  Protect you from falling for an attack from the enemy 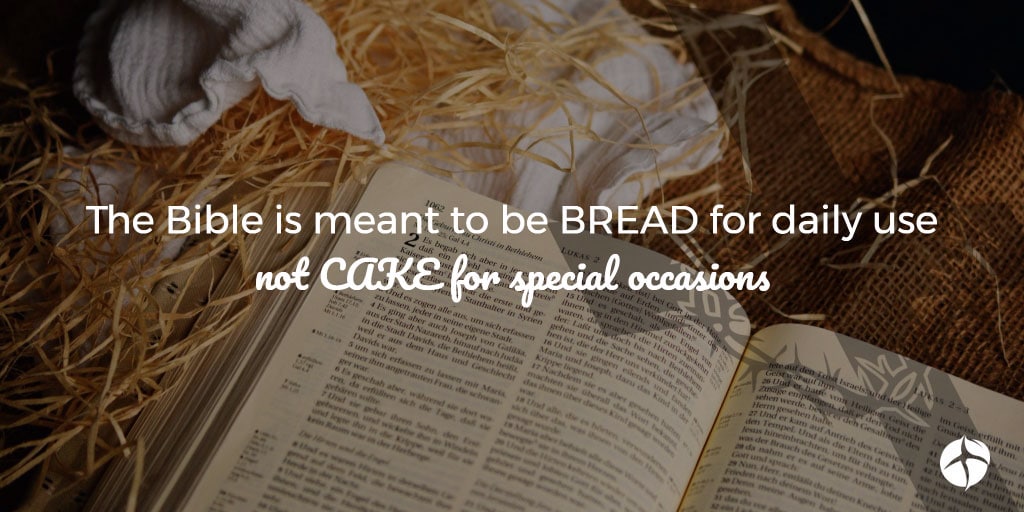 The Bible is meant to be BREAD for daily use not CAKE for special occasions. Click to Tweet

Supposed Contradiction: How Many Angels Were At Jesus’s Tomb?

One of the most popular supposed contradictions that skeptics and critics like to throw at the Bible has the do with the number of angels at Jesus’s tomb after His resurrection.

At first glance, it looks like Mathew says there was one angel, but John writes that there were two.

Mathew writes in Mathew 28:1-7 that there was one angel at Jesus’s tomb:

“Now after the Sabbath, as the first day of the week began to dawn, Mary Magdalene and the other Mary came to see the tomb. And behold, there was a great earthquake; for an angel of the Lord descended from heaven, and came and rolled back the stone from the door, and sat on it.

His countenance was like lightning, and his clothing as white as snow. And the guards shook for fear of him, and became like dead men. But the angel [singular] answered and said to the women, “Do not be afraid, for I know that you seek Jesus who was crucified. “He is not here; for He is risen, as He said. Come, see the place where the Lord lay.

“And go quickly and tell His disciples that He is risen from the dead, and indeed He is going before you into Galilee; there you will see Him. Behold, I have told you.”

However, if you turn to John’s gospel, you’ll see that John writes that there were two angels by Jesus’s tomb.

“But Mary stood outside by the tomb weeping, and as she wept she stooped down and looked into the tomb. And she saw two angels in white sitting, one at the head and the other at the feet, where the body of Jesus had lain.”

So which is it? Was there one angel or two?

Is this a contradiction?

There are two possible explanations that are both related to each other.

The first potential explanation to this supposed contradiction is that these are two different incidents that happened on the same day.

The incident written in Mathew 28 is the one that happens first.

Check out the time of day that it is in the first verse of Mathew 28:

“Now after the Sabbath, as the first day of the week began to dawn, Mary Magdalene and the other Mary came to see the tomb.”

What time of the day is it?

It’s dawn. That means that there is a little light in the sky before sunrise. 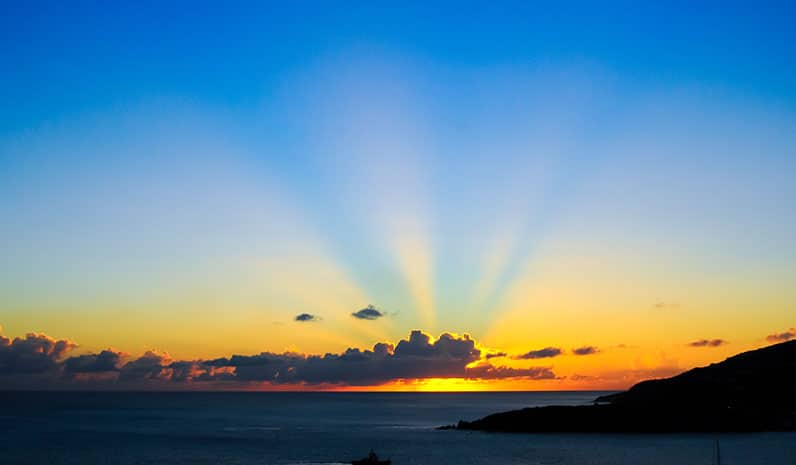 This is a picture of dawn which shows the sun beginning to break through.

But if you read John 20:10, it reveals that Mary’s interaction with the two angels are at a later time.

“Then the disciples went away again to their own homes.”

Verse 10 reveals that John’s account of Mary interacting with the two angels occurs later that morning after the disciples had left the tomb.

So when you piece both Mathew and John’s accounts together, you get this:

1. An angel rolls away the stone at Jesus’s tomb

2. Mary Magdalene and the other Mary show up at the tomb and the first angel speaks to them

3. Mary leaves the tomb to go tell Peter and John

4. Peter, John, and Mary arrive at the tomb at different times

5. Mary has a conversation with the other two angels

So does that make sense?

That ‘s the first reason why it’s reasonable to believe that these are two separate incidents.

Were There Different Angels at Jesus’s Tomb?

The second reason that supports this explanation is that there were different angels present at the tomb.

First up, we know from different passages of Scripture that angels can reveal themselves in different ways.

In Mathew 28:2-4, we see the first type of angels that I just mentioned:

“And behold, there was a great earthquake; for an angel of the Lord descended from heaven, and came and rolled back the stone from the door, and sat on it. His countenance was like lightning, and his clothing as white as snow. And the guards shook for fear of him, and became like dead men.”

In John’s gospel, we see the second kind of angels in verses 11-13:

“But Mary stood outside by the tomb weeping, and as she wept she stooped down and looked into the tomb. And she saw two angels in white sitting, one at the head and the other at the feet, where the body of Jesus had lain. Then they said to her, ‘Woman, why are you weeping?’”

She said to them, “Because they have taken away my Lord, and I do not know where they have laid Him.”

Did Mary react with fear to these 2 angels the way the guards responded to the other 1 angel?

She was so calm, that she was able to have a conversation with the two angels.

Does that make sense?

Can you see how seeing the events about Jesus’s resurrection from this point of view reveals that there is no contradiction in the first place?

The other plausible explanation is that John is giving a different side of the story than Mathew of what happened at Jesus’s tomb.

Imagine you are sitting in a lecture hall at a university with some of your friends listening to a professor teaching his students.

After you’re done, you go out to the cafeteria with your friends where you run into an acquaintance who didn’t attend the lecture.

Your acquaintance asks you and your group of friends, “What were you guys up to today?”

So you answer, “We were just listening to a lecture in the Anderson Hall. Professor Johnson sure knows how to captivate your attention.”

A friend of yours also answers and says, “Professor Smith was also there.”

That could be what happened in these two accounts of Mathew and John about the angels at Jesus’s tomb.

So you see, there is no contradiction.

These two accounts of the same story are merely reporting different facts of what happened at the resurrection of Jesus.

Does that make sense?

I would love to hear your feedback.

What do you think about these explanations?

Do you think that the Bible has contradictions in it?