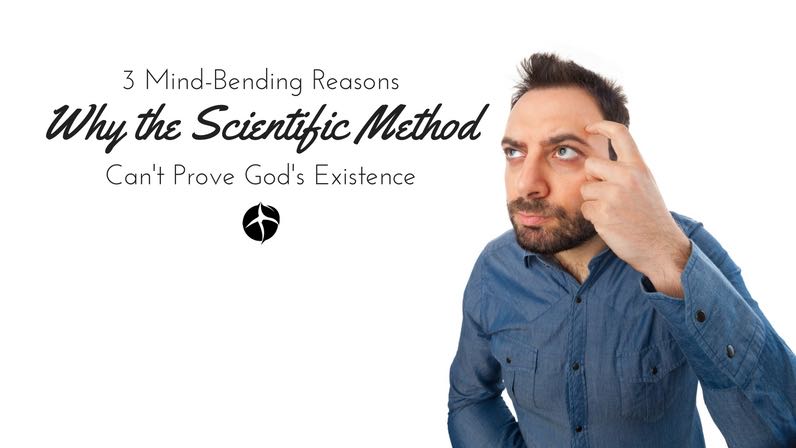 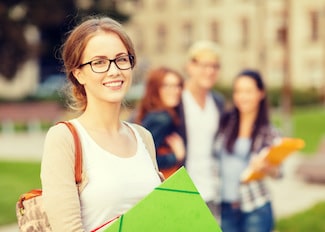 Patricia sat in her biology class with her mind racing.

The bell rang, and all of her classmates were packing up their bags, except for her.

Patricia was still sitting at her desk and staring at the floor.

She was thinking about the bizarre way her teacher ended their biology lesson that day.

“Science has become so advanced, that it has eliminated the need for all religions.” Her biology teacher said.

“There is no longer any good reason to believe in myths about there being a god or gods when science reveals how we all evolved.”

Is this true? Has science proven that God doesn’t exist?

Are all religions just make-believe myths?

There are three major views on the subject of science and God’s existence:

1. On the one hand, you have secular scientists who claim that science proves that there is no God or gods.

2. On another hand, you have some Christians who say that science does prove that God exists.

3. Then you have myself and some other Christians who say that science cannot prove God’s existence, but that it does provide overwhelming evidence that He is real.

So why the discrepancy? Let me explain.

Listen, You Have to Understand the Difference Between Proof and Evidence or Else You’ll Be Ignorant

The word proof has 28 different definitions according to Dictionary.com, and it’s used in different contexts.

When it comes to using the word proof for God’s existence, then most people use it in the sense of wanting 100% verifiable confirmation.

99% of the time, atheists who say that there is no scientific proof for God want to see the scientific method applied to God.

Just as a reminder from any one of your science classes, here are the steps to the scientific method:

The rest of this article is going to show you why the scientific method can’t be applied to God.

While it’s my belief that there is no scientific proof for God, there is plenty of evidence.

The evidence for God’s existence outweighs the evidence of their being no god. 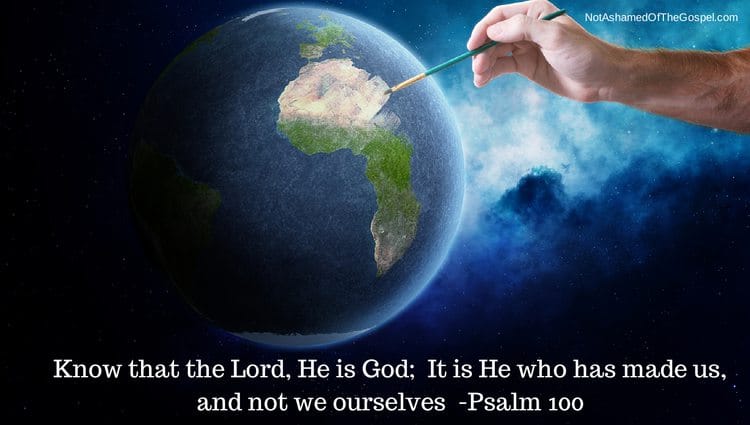 Even though the scientific evidence does overwhelming point to the fact that there is a god, there is always going to have to be an element of faith.

And without faith it is impossible to please God, because anyone who comes to Him must believe that He exists and that He rewards those who earnestly seek Him.Hebrews 11:6

But Why Should You Care About the Scientific Method Not Being Able to Prove God’s Existence?

If you’re holding your breath for there to be a scientific experiment that can prove God’s existence, then you’re going to be disappointed.

That’s because there will never be one available.

Imagine you want to find out how hot it is outside of your home.

You go outside of your house, and you hold up a scale to the sky.

The numbers on the scale don’t change.

Why? Because a scale isn’t the right tool to use to measure the outside temperature.

And neither is the scientific method the right tool to use to measure God.

If you continue to deny God’s existence, then you’ll never know things like: 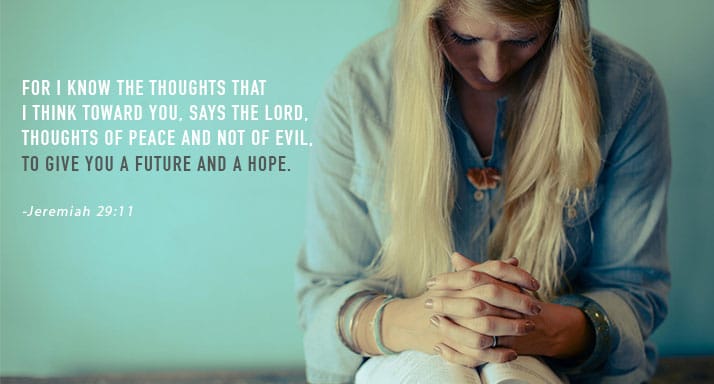 Our universe is made up of space, time, and matter.

God exists outside of our universe.

In fact, the universe in all of its gigantic size can’t contain God.

But will God indeed dwell on the earth? Behold, heaven and the heaven of heavens cannot contain You.King Solomon, 1 Kings 8:27

Your mind isn’t able to begin to understand how MASSIVE God is.

Worship happens when we understand how small we are compared to how big God is. Click To Tweet

That’s because there is no being like Him when it comes to size that you can compare Him to.

Another point to consider about God existing outside of space is that our universe has a specific age.

That means it was created a specific number of years ago.

So consider this: God had to exist outside of space so He could have created the universe and all of the space that is in it.

Science can only measure things inside of our universe.

So that’s why science can’t measure things like the mass, density, or the volume of God.

By the way, for any Christians reading this blog post, I’m referring to God the Father and not God the Son (Jesus). 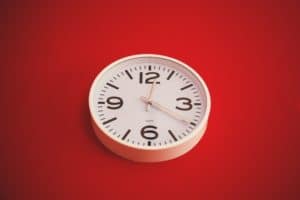 Ok, see if you can wrap your mind around this one.

Listen, I’m not insulting your intelligence, but truly this is a difficult concept to grasp because we don’t fully understand anything outside of our time continuum.

For a long time, scientists, including Albert Einstein, thought that the universe was static and infinite.

However, scientific discoveries have proven that the universe is expanding at a very fast rate.

What this means is that the universe must have originated in a single point in time.

You probably know this as the Big Bang which means that time itself had a beginning at the same time as the universe. (source)

So for an Intelligent Designer to have created our universe, then that would mean that He would need to exist outside of the time-space continuum.

And that’s exactly what the Bible says about God.

Look at what God says about Himself in Isaiah 57:15:

For thus says the High and Lofty One
Who inhabits eternity, whose name is Holy:
“I dwell in the high and holy place,
With him who has a contrite and humble spirit,
To revive the spirit of the humble,
And to revive the heart of the contrite ones.”Isaiah 57:15

That means that before time, space, and matter ever existed, there was God who was just chilling doing whatever a cool God does. (I think God is super-cool)

Science can only measure what is found in our time-space dimension.

So since God not only exists outside of space but also outside of time, then that’s another reason why the scientific method can’t be used to find Him.

So here is another mind-bending fact about God:

“God is Spirit, and those who worship Him must worship in spirit and truth.” John 4:24

The problem with this word “spirit” is that you and I tend to think that it means something like a ghost.

But God is not a ghost although some could argue that He is the Holy Ghost (that’s a different subject entirely).

God (the Father) is a spirit, and that means that He does not have a human body.

God not having a human body and being a spirit gives God the following characteristics:

The scientific method can only measure material objects.

That’s the final reason why God can’t be measured using the scientific method.

It’s Not Just Me That Thinks These Things About God, So Do These Authoritative Experts 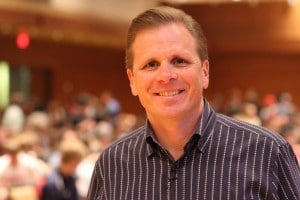 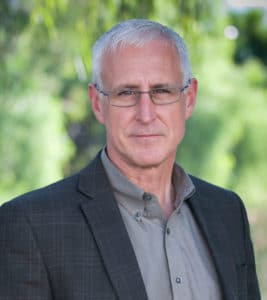 “If our universe had a beginning (if all space, time and matter came into existence from nothing), it is a finite universe. 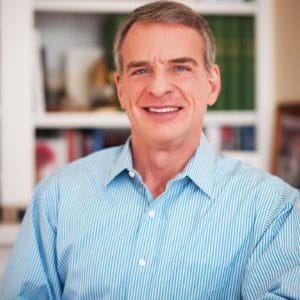 “This cause (God) must be an uncaused, changeless, timeless, and immaterial being which created the universe. It must be uncaused because we’ve seen that there cannot be an infinite regress of causes.

“It must be timeless and therefore changeless—at least without the universe—because it created time. Because it also created space, it must transcend space as well and therefore be immaterial, not physical.” -Dr. William Lane Craig

Here are the key takeaways from this blog post:

1. The scientific method can’t be used to measure or detect God for at least three reasons.

2. The first reason is due to the fact that God exists outside of space, and the scientific method is only able to measure things inside of our spatial universe.

3. The second reason is due to the fact that God exists outside of time, and the scientific method can only measure things inside of our time continuum.

4. The third reason is that God is spirit and therefore, immaterial. The scientific method is only able to measure things that are made up of matter.